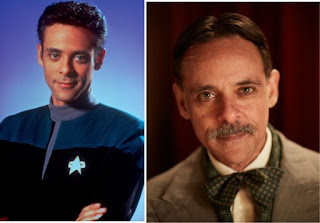 Over brekkie I saw that "er indoors TM" had posted some photos of Fudge onto Facebook overnight. I looked at them, then looked at him snuggled up next to me on the sofa. He has become very grey around the chin.

Over Facebook I saw mention of the Geocaching Association of Great Britain. I’ve heard rumours of this bunch before; good and bad. Since there was no charge, I joined. I saw they have an Internet forum – that should be good for several arguments. I also saw they were in the throes of electing a new committee. I know several of those who have been nominated; some are good friends, some have organised some really good caching events I have enjoyed, some don’t actually do the hobby any more, one goes round posting spoiler videos on You-Tube, and one is still at school.
I wonder what will come of this from my point of view? We shall see… I’ve managed for five years without them.

Whilst getting dressed I broke my shoe horn. Something of a disaster; when I got it I struggled to find a shoe horn; I wonder where I can get a new one from.
I drove round to collect "Daddy’s Little Angel TM" and Sam and we went out to Lenham. She had an appointment. Business opportunity or money down the chodbin? Usually offers which seem too good to be true are too good to be true. Tme will tell. It always does.
We then went for some McDonalds as that is what we do.

I ran "Daddy’s Little Angel TM" and Sam home, and then I took my dogs round the park. For once our walk was utterly uneventful (for which I was grateful), but as I walked my phone went mad with notification emails. I had received several comments on recent blog postings. Someone called “Jade Graham” was trying to spam me in a thinly veiled attempt to sell fences. I’ve now blocked her.

I had intended mowing the lawn, but it was raining. So, having a day not at work meant I did the ironing; it is a tradition. As I ironed I watched a few episodes of “Peaky Blinders”. I was surprised to see that Alexander Siddiq was in the show; he was Doctor Bashir in “Star Trek” and I thought he was looking rather old. Mind you that as twenty years ago. I was in rather better shape back then too.
With ironing done I then fell asleep in front of the telly until "er indoors TM" came home.

Usually Tuesday night would be gathering of the clans night, but a combination of not knowing whose turn it was to have everyone round combined with having several late shifts this week meant we had an evening in. And hopefully an early night too… I’ve not felt on top form today…