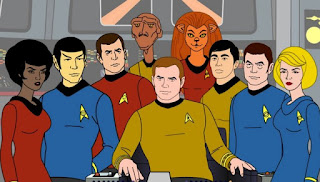 I slept like a log for half the night, and would have carried on sleeping had the puppy not decided to start marching all over me. I finally got up just after seven o’clock and had a little look-see at the Internet. Yesterday I had a little whinge about Facebook; this morning it wound me a little. I say “Facebook” did; really it was the people using it. There is a chap who lives in the Sevenoaks area who has been accused of interfering with children. He might be as guilty as hell, he might not. I don’t know. The case hasn’t gone to court yet. But there are those who are plastering his details all over social media.
So much for due judicial process.
Look at the furore over Sir Cliff Richard when he was wrongly accused. Or the Welsh MP who was hounded so much with accusations of sexual wrong-doing that he felt forced to kill himself. It is amazing how the public are so quick to assume the worst of anyone regardless of how unproven these allegations may be.

I took the dogs out for a walk. We went round to Newtown to meet up with "Daddy’s Little Angel TM". "Stormageddon - Bringer of Destruction TM" didn’t come with us today. He was having a serious tantrum for absolutely no reason that anyone could determine (least of all himself) so he stayed at home with his daddy.
As we walked, the most recent fruit of my loin and I put the world to rights as the dogs fought and scrapped amongst themselves. As we walked we met two different women both with dogs they clearly couldn’t control. I can’t pretend my two hounds are perfect, but if worst comes to worst I can physically drag them away from where they are being a pain. Why do small women go out with huge dogs that are far stronger than they are, then find themselves nearly in tears of frustration when their dog wants to do its own sweet thing?

With walk done I went to B&Q to get the ingredients for a new outdoor garden light, but as I came out the rain started. I was planning to fix the garden light and mow the lawn, but not in the rain. So I went up the KFC and treated myself to lunch. I scoffed it whilst watching the new episode of “Detectorists” that the SkyPlus box had recorded for me last night. Series-link is a great feature. I had no idea there was a new series of “Detectorists”. I liked the first two seasons, but this one does seem to have gone a bit “hippy”.

I then set the washing machine loose on the contents of the laundry basket whilst I had a look at my accounts, Rather than using the upstairs PC I used my lap-top. I was amazed at how much quicker I got the job done. And then I had a little rummage through a pile of old clothes. I was amazed at just how many pairs of trousers and shorts I have. I think it’s fair to say I don’t need to buy any new ones for some years. Why is it that I always forget about this pile of old clothes? Whilst I rummaged in it I found four jumpers that I gave up for lost ages ago.

I then sat in front of the telly. My left knee was playing up a little, and I was feeling rather bleaugh (it’s a medical term). I watched an episode of “Peaky Blinders” – I’m getting toward the end of the second season and much as I like the show I could tell that the writers were running out of ideas as the tits had started to come out.
I then watched something of a classic. Seeing that Netflix had “Star Trek: The Animated Series” I watched some Star Trek cartoons. I can remember these. Absolutely brilliant stories utterly undermined by really poor animation and continuity.

I had intended to go to the Windmill’s quiz night this evening, but I was feeling somewhat under the weather, so instead I stayed in. I think I might just watch more “Peaky Blinders” (just in case there is more tits) and Star Trek cartoons… and referee the dogs.