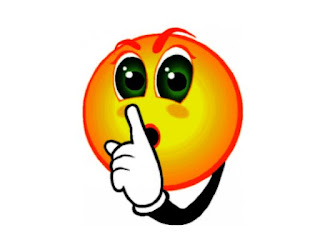 I didn’t sleep well; a night fraught with rather vivid dreams. I was eventually woken by Fudge dabbing at me shortly before 8am. He was awake and bored and wanted me to get up.
Over brekkie I looked at the monthly accounts. The way I tally up what I’ve spent every month really hinges on having statements for my credit card and current account printed on the same date. Over the last few months the bank have assured me that this impossible even though they managed it for thirty years, and all my mates who bank with them get this service.
I whinged at the bank (again) about this a couple of days ago and it seems they’d not looked at my email yet. They assure me they will have a look tomorrow. It must be nice to work somewhere that can just leave things for a couple of days…
I got my sums sorted eventually; it didn’t help that I’d mistakenly deleted last month’s figures. Woops!. I finally concluded that  I’m nowhere near as poor as I was five years ago. On the other hand I am nowhere near as well off as I was ten years ago. Oh well… what is money for if not to squander foolishly and to piddle up a wall?

I then peered into cyber-space. Not much had happened overnight really. Mind you I did wonder about one article a friend had posted up. A popular music venue in Bristol has had to close because of complaints from the locals about noise. Another friend is having similar problems with his night club in Bournemouth.
I know that many of my loyal readers will disagree with me, but I have never understood why music in pubs and clubs has to be so loud that it hurts for you to enjoy it. Surely turning the music down a little so that the neighbours can hear their telly isn’t unreasonable?
Last night I discovered a little on-line project I started and forgot about; I dusted off “mankybadger’s guide to geocaching”, corrected one or two obvious mistakes, and thought about carrying on with it.

We popped the leads onto the dogs, and put a coat onto Treacle. Ideally Fudge would have had a coat on, but he hates coats. He won’t move with one on, so we don’t bother trying any more. We then took them for a little walk. As we walked through Bowens Field we saw that there were still two tents inside a little thicket. They’ve been there for a few weeks now; I wonder what that’s all about.
We continued into the park, meeting other dogs as we went. Treacle was her usual scaredy-cat self; Fudge tried to have his never-confused way with all the boy dogs (regardless of how much they towered over him).
The Park Run people were in the park today. There were a couple of dozen of them, and all passed off well. In the past there has been over two hundred people at the park run; far too many for the organisers and the park.

We came home for coffee and cake. "er indoors TM" set off out with her mates whilst Fudge slept and Treacle looked out of the window grumbling at passers-by (as small dogs do).
I settled the dogs and set off. The two-minute drive to "Daddy’s Little Angel TM"'s flat took fifteen minutes because of all the traffic queues blocking the roads round the McArthur Glen outlet centre. I suppose the queues at the weekends will get longer and longer there on the run-up to Christmas.
Mind you, I can't see the attraction of the place; they sell stuff you can get anywhere and they sell it at higher prices. For a long time I have harboured the suspicion that it is popular with people who like spending a lot of money needlessly, and I've never seen anything to persuade me otherwise.
Take their outdoor clothing range - you can get stuff which is pretty much identical to what the outlet flogs in Matalan or Go Outdoors for half price; the only difference being that the stuff in Matalan or Go Outdoors doesn't have the designer label.

I eventually got through the traffic to Newtown. Today was Sam's birthday. I handed over a card. Charlie was there - I gave him some pressies as we'd missed his birthday a couple of weeks ago. I also wound up their dog Pogo just a little. For all that he is Treacle's brother born only minutes earlier, he's a *lot* chunkier than she is. I forgot that as I picked him up, and nearly did my back in.
I fussed Sid a little too. Poor Sid - such a quiet little dog; always in the background, never pushing himself forward.

I got to work. Things started quietly so I took the opportunity to write up some CPD, but that soon palled. I did my bit, and came home. You'd be surprised how much traffic there is on the motorway at 9.30 pm on a Sunday night...