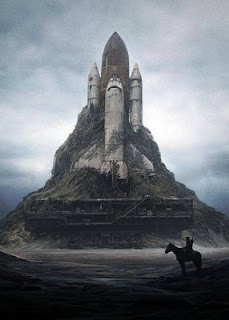 After a relatively good night’s sleep I woke to a cold morning. Over brekkie I watched an episode of “Dad’s Army” in which Captain Mainwaring dreamed he was Napoleon. Don’t we all (from time to time)?
I sparked up my lap-top (whilst Fudge snored) and peered into the Internet. With pretty much nothing having happened overnight I turned off the lap-top and got ready for work.

It was rather cold as I walked to my car this morning. As I drove the pundits on the radio were talking about rumours of a plot being hatched by Conservative MPs to remove Theresa May from office. She's not been the most successful of Prime Ministers, but then she did rather inherit a mess when David Cameron jacked it all in.  Is getting rid of her such a good idea? Who would take over? Boris Johnson?

The Archbishop of Canterbury has also come in for some stick. He's been given the blame for a directive issued by the Church of England saying that we as a nation shouldn't be getting involved with gender stereotyping. The papers are claiming he said that little boys should be free to wear tutus and tiaras and dress up as fairy princesses at Church of England school dress-up events. (Did he *really* say that?). The latest guidance issued by the Anglican church urges teachers to let children ‘play with the many cloaks of identity’ rather than conform to stereotypes.
Being all trendy is all very well, but one of the Archbishop's leading aides has resigned because what she calls a 'liberal' church is no longer 'anchored in the gospel'. Lorna Ashworth, (who opposes gay marriage), has quit over what she calls an 'agenda of revisionism'.
I think she's got a point.
Personally I think the Archbishop is right to be more accepting (even if he will end up with a lot of small boys being bullied for dressing as fairy princesses)... But as an Archbishop he is utterly wrong.
If you are going to be a leading figure in a religion that has been going for a couple of thousand years then you have an obligation to follow that religion's written teachings and values. You can't pick and choose what bits of the Bible you want to follow, and what bits to abandon as they aren't politically correct at the moment.

Meanwhile hundreds have died in an earthquake which warranted very little air time.

I got to work rather early. Yesterday evening I'd had a message. Could I cover the early shift? Yes please !! If I leave for work any later than 7.30am the traffic is a nightmare, so I'm usually at work super-early. And what with vagaries of the shifts an early shift means I get to the place about half an hour earlier than I would on a core shift, but get to leave nearly two hours earlier.
I like that.
I did my bit at work and came home… As I drove to work this morning it was getting light. As I drove home it was getting dark.

Me and my hounds walked round Bowen’s Field, but because it was now dark we didn’t go on through the park. Instead we came home along Chichester Close where I saw this year’s first Xmas lights. November thirteenth… that’s a bit keen.

And – did you know that no one born after 1935 has walked on the moon?