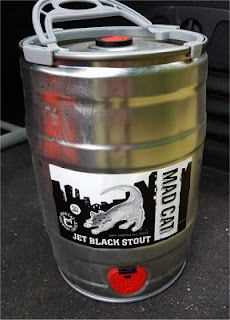 I had a terrible night; whenever I finally managed to get any of the duvet, the puppy would then start stomping all over me. I woke feeling like death warmed up; seriously thinking about phoning work to say I was taking the day off sick.

Over brekkie I looked at the Internet (as I usually do); not much had happened overnight. I didn’t think much would have done.
I had a few emails; a friend had walked my series of geocaches in Challock. One of them night be missing; the one furthest from any road. I’m off work in a couple of weeks’ time. I might go have a look-see then. And I had a confirmation email about getting our new smart meters from the power company. I think it’s just a leccie meter; might be gas as well. We shall see…

I took the dogs round the park for a walk. Once in Bowens Field I let the dogs off of the lead, and Treacle ran straight out of the field in pursuit of another dog. Had I not screamed at her she would have run straight under a car. Why was she chasing another dog? She is terrified of other dogs.
Pausing only briefly to be civil to OrangeHead the rest of the walk was rather uneventful.

I set off to work rather earlier than I needed to this morning. At the weekend Karl had mentioned that the Black Cat brewery were selling gallon containers of stout for twenty quid. Last year I'd bought some stout for Christmas, but I did leave it to the last minute. Realistically most places would have sold out of the decent stuff five days before Christmas, which is why I ended up with a five-gallon tub of oyster stout (for seventy quid), and about half of it got thrown away. Five gallons was a bit much, but at five days before Christmas it was that or nothing. I thought I might be a little more sensible this year.
I soon found the brewery; it was right next to the National Fruit Collection in Brogdale. Who would have thought that the nation had a fruit collection, let alone having it less than fifteen miles from my house? Apparently they have three and a half thousand different sorts of fruit there. I had a little think and couldn't come up with more than twenty.
Needless to say there was a geocache not a hundred yards from the brewery...

I made my way to McDonalds (via another geocache) where I had a rather good lunch of Chicken Select and chips which was marred only by the curry dip. Usually I go for the sweet chili dip. Yesterday Sam had waxed loquacious about the curry dip, so I tried it today. Never again!

From McDonalds to work is a short hop, but on the way I stopped off. There is a puzzle geocache only a few hundred yards from work. I've spent most of the last year straining my brain over it and at the weekend (with a major bit of help from Kim) I figured out the answer to the puzzle.
I went hunting for the cache today; I couldn't find it. I don't think it is there. I think the recent building works have done for it.

I eventually found a space in the works car park, and I went in to a rather busy late shift. Such a shame the motorway was closed when it was time for me to come home…