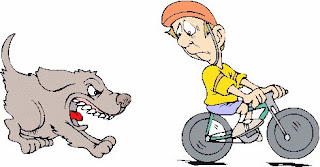 During a break in the small hours last night I had a look at Facebook via the app on my phone. I like social media because it is social. I can see what family and friends are getting up to. I can see photos of friends and family, and their children, and their cats and dogs. I can see knob jokes, and I can squabble about pretty much every subject under the sun with people I have never met and never will.
Personally I like to use it to tell the world what I'm doing because I am ostentatious like that.
However what I don't want to see is endless adverts for stuff that I don't want to buy. If I want to buy something I will look for it on Amazon or eBay, or I will go to a shop. I'm getting just a little bit peeved with people who are using every attempt to communicate with me as a thinly-veiled ruse to flog whatever scam it is they are trying to foist this week.

As I drove home the pundits on the radio were discussing a speech that the boss of the NHS was going to make today. Bearing in mind that all the pro-Brexit politicians were adamant that leaving the EU would give the country three hundred and fifty million quid a week extra for the NHS, and also bearing in mind that a lot of those politicians are now in high office in the Cabinet, he was going to ask for that money.
Whilst I admire his spirit, this figure of saving three hundred and fifty million quid a week by leaving the European Union has long been disproved. But it is time someone told these politicians to put their money where their mouth is. The pundits wheeled on a pro-Brexit politician who thought the whole thing was laughable; as he said, since when does anyone take seriously anything said by a politician?

Pausing only briefly to wave at "er indoors TM" in passing I took the dogs round the park. Fudge picked fights with two cyclists. Seeing how they both crashed I think it fair to say he was the victor. I blame the cyclists; they hurtle along at breakneck speeds and don’t give him any space. I’ve long thought his eyesight isn’t that good; the cyclists appear from nowhere and frighten him.
We also met a solitary OrangeHead who greeted Fudge by name.

Once home I changed the light bulb in the outside garden light. It still didn’t work. Hopefully it is the light fitting that needs replacing. I should be able to fix that myself.
I then went to bed. Ideally I would have stayed awake, but a night shift (or two) can be tiring. I got an hour’s sleep before I had a phone call from 07594 572100 who had details of all of my debts and wondered if he could consolidate them for me. I wondered if he would like to f… off, and I asked him. He got rather anxious when I told him that my phone records the numbers of incoming calls and that I would be reporting him.

I got a couple of hours more sleep, and got up in the late afternoon. I slobbed in front of the telly watching “Peaky Blinders” then the episode of “Upstairs Downstairs” in which “Hedward” got shell-shock.
"er indoors TM" came home and boiled up a rather good dinner. We scoffed it whilst watching the latest episode of “Star Trek: Discovery”. I quite like the show… but only “quite”. I’m not warming to any of the leading characters and (so far) they haven’t done any stories which haven’t been done better elsewhere.