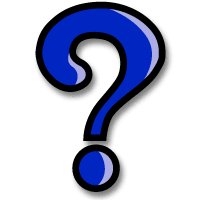 I slept like a log; Fudge decided to spend the night in his basket, and that always makes things more restful. I got up, and tried to send the dogs out for a tiddle. They both looked at the torrential rain, and went back to bed. Perhaps I should have done so? Instead I made myself some brekkie and looked at the Internet. Not much had happened since I last looked at it only a few hours previously.

I did have a vague idea to take the dogs somewhere for a walk this morning, but the rain was against us. Instead I sat with my lap-top and solved geo-puzzles for an hour or so. I solved some using Google, I solved others by rummaging in the exif (as one does).
I failed miserably on several.
Looking at the geo-map I seem to have solved a couple of dozen puzzles for which I haven’t got to the final location to get the geocache. I’ve a few days off work coming up… I might just spend one of those days going to collect them (if nothing better to do comes up in the meantime).

Geo-puzzling can be rather frustrating; I’ve set a few puzzles in my time and they are intended to be relatively straight-forward. A sudoku puzzle, stuff in the exif data, a riddle, finding out local information, some simple sums…
However (as always) I would seem to be in the minority in intending that the puzzles be solvable. I’m compiling quite a list of puzzles which I have decided are insoluble. I’ve been told that in order to solve several relatively local ones I have to know how a certain puzzle-setter thinks. Brilliant!! – I’ve only ever spoken to the chap twice, and neither of those occasions lasted for more than a minute. I’ve also been assured that at least one of the puzzles within twenty miles of home has no solution – it has been put out purely to flummox the puzzle-setter’s mates.

After a couple of hours I turned the lap-top off and set off to work through the drizzle. As I drove I was frankly amazed at the lack of consideration pretty much every vehicle was showing to every other vehicle. I know that road manners usually leave a lot to be desired, but today everyone as jumping lights, lane-hopping; it wasn't safe on the roads this morning.
I got to Maidstone and took a little diversion to pick up one of the puzzle caches I'd solved this morning. This was one that has had me foxed for some months. To give my loyal readers a flavour of a puzzle cache, this was what I had to solve:

The puzzle was difficulty level four (one being easy, five hardest). The cache itself was rather easily found. I won't say exactly where it was; but it was within half an hour's drive of work (that narrows it down!) And with it found and the secret geo-rituals done, I made my way to where I was supposed to be. At work (!)

I looked at McDonalds as I drove past. There were cars queuing to get in to the car park. With a heavy heart I decided I didn't have time for McLunch and instead got a sandwich form the hospital's league of fiends (sic) shop. This shop is a strange establishment; they get really funny with you if you don't have the exact change for whatever it is that you are buying, but have a till overflowing with change.

I did my bit at work. I had a few minutes spare, so I wrote up some CPD. I religiously record anything and everything that I might need to write up. Much of what I think might be useful isn't. However I make a list of what needs writing up far faster than I actually do the writing up. Today I managed to clear my backlog so that there is nothing form more than a week ago needing attention. I still have sixteen things in the list to review... I'll do them later.

What with rain and work, today was rather dull.