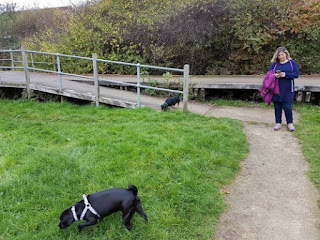 I was fast asleep when "er indoors TM" ‘s alarm went off at half past seven (for no reason whatsoever). I dozed for a little bit, then gave up trying to doze and had some brekkie.
As I scoffed I looked at the Internet as I do. Yesterday I’d asked if anyone on the Kent geocaching page fancied a day out in London in a month or so. Some did; some immediately replied “working”, some said they would see if they could get the day off. It could be a fun day; I plan to start at Trafalgar square and wander about in the general direction of Buckingham Palace ending up at HMS Belfast. Mind you I planned this six months ago and everyone cried off. Here’s hoping for this time.
I had a quick look at the geo-map of central London and discovered this geocache. It is a twelve-stage puzzle involving a five mile walk round a dozen London pubs. If nothing else crops up in the meantime, it might be something to do on my birthday next year.

I then got a little cross with what I read on Facebook. A friend of a friend had spent the last few months spamming absolutely everyone trying to sell stuff on-line. She’s now all but bankrupt. She’s taken orders from so many people and paid her parent company out of her own pocket. Now she’s seriously in debt and everyone has changed their minds and doesn’t want whatever it is that she is trying to sell, and there is a lot of ranting on the matter.
Personally I wouldn’t have ordered anything for anyone unless I had their money up front, but is this the future of Facebook? More and more people are using it as a way to try to sell their stuff. I want to use social media to see what my friends are doing, not to see what they are selling.

Having left it rather late to go very far for a dog walk we took the hounds round the local footpaths and home via Bowen’s Field. As we walked we found the dog poo bin by the station was full to overflowing. There is something about that poo bin; all the other dog poo bins are emptied regularly; either this one has extremely excessive use, or whoever it is who empties them keeps forgetting about it.
Once we got home I posted on one of the local Facebook groups about the matter. Partly to see if I could find out who it is that empties the dog poo bins, and partly to see just what people would find to argue about on the topic of dog poo.

I set off to work through the pouring rain. As I have often said, I don't mind going to work when it is raining.
I stopped off at the co-op in Brookfield Road for a bar of choccie and some lunch for tomorrow's planned fishing trip. Whilst I was at it I called in to the cafe to ask about their opening times tomorrow. I fancy a fry-up before fishing, and previously they have been closed on a Sunday morning. They assured me they would open at 8.30am. We shall see - they didn't last time I went there on a Sunday morning.

As I drove to work the pundits on the radio were giving a re-hash of the week's political news. I listened to that in the mornings and the evenings during the last week when it first came out, so I turned off the radio and listened to my choice of music on my MP3 player. I squalled along as I drove up the A20; I gave the motorway a miss as I thought I'd hunt out a crafty geocache before work.
I found the thing easily enough. Some are meant to be found easily; this one was. But still fun to do. It was stuck on a post box. How many hundreds of people have posted letters there, and how many postmen have collected letters; all totally oblivious to the thing being there?

I got to work with ten minutes to spare, and did my thing. As time wore on and darkness fell so the fireworks started. It was a shame I had to work this evening; there were several firework-related things I could have been doing this evening (despite the rain).
Mind you, many years ago fireworks were pretty; nowadays they seem to be all about the noise.  I spent much of the evening in the blood bank which has a wonderful panoramic window; I didn't *see* a single firework but heard the bangs of dozens.