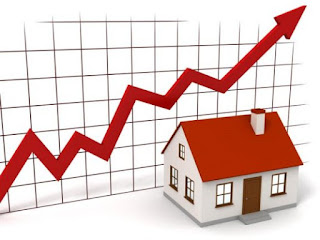 About an hour after I dozed off the dogs had a rather nasty scrap. They’ve taken to quarrelling over certain toys. They were soon separated, but having been woken I then lay awake for much of the night just in case they should argue again.
Eventually I gave up trying to sleep and got up. Over an early brekkie I watched an episode of “Dad’s Army” in which Private Walker shoved a few dozen stolen pigeons into the church organ. Form what I could work out he could only have done this for comic effect. I also watched an episode of “Star Trek: The Animated Series”; a show which, while entertaining, was made long before believable characters and plausible plots were ever used in a TV show.

I then had a look-see at the Internet. Again the Firefox browse took twice as long to get going as it did a week ago, despite now supposedly running twice as fast as it used to.
The photos of yesterday’s walk had got several encouraging comments, but that was about it for Facebook. And with no emails of note I set off to work. Slowly. I think I might have overdone it yesterday; my right knee was particularly painful. Arthritis, or just too fat?

As I drove to work (through a rather wet morning) the pundits on the radio were talking about the problems facing the German Premier Angela Merkle and Zimbabwe’s Robert Mugabe. A shame for the world to lose one, good riddance to the other.
There was a very interesting article on the radio this morning investigating the problems in the housing market. When we were buying our first house we needed to borrow three times my annual salary. Nowadays couples are finding that they need to borrow up to ten times an average salary to buy a house.
Furthermore the upcoming Brexit has pushed house prices through the roof. Many of the European workers who used to build the houses have gone home. And there is a brick shortage as those who used to make the bricks were also European workers who have gone home. Those who advocate “British jobs for British workers“ seem to have overlooked the fact that demonstrably the British workers don’t want these jobs (hence the need for European workers in the first place).
However no one is addressing the main problem with the housing market. The main problem being that it is a “market”. A house isn’t a place to live; it is a financial commodity.
Should it be…?

I got to work and had a very busy day. No gassing, but plenty of sausaging (it’s a blood transfusion thing).

With work done I came home; I had intended visiting Lacey as today is her birthday, but she was out with a gaggle of her mates. Instead we walked the dogs round the road and then had a rather good bit of dinner. "er indoors TM" has gone bowling. I’m going to sleep in front of the telly with my dogs…
My knee still hurts…