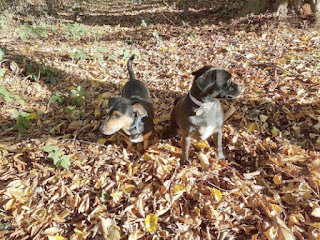 I slept well, I didn’t emerge from my pit until after seven o’clock. That was something of a result.

Over brekkie I had a look at Facebook. Not much had changed really. A chap I know had posted up an article from the New York Times basically saying what a sorry state the UK was in. Financially knacked, a navy unable to even patrol our own coastline, self-imposed Brexit disaster looming… The article didn’t actually have any “news” in it; it effectively re-iterated what I hear on Radio Four every morning as I drive to work. But it was rather worrying nonetheless. To my mind mainly because it was presented as news. The average Brit has this naïve idea that Britain still has an empire and rules the world. As a nation we’ve lived on past glories for so long.
I checked my emails; I wound myself up again.I have mentioned how the experts at geocaching HQ set up an algorithm to choose the world’s best one per cent of geocachers and to reward them with a virtual gift. I’ve set up an alert to let me see these virtual gifts as they appear (or any within a thousand miles of home) and from that I can see the profiles of the world’s supposed top one per cent of geocachers. All I can say is that I don’t understand what these people have done to warrant singling out. I can name a couple of dozen people living locally who have contributed far more to the hobby than the three about which I was told this morning.

I look at the Internet every morning to hopefully start the day off well. This morning was rather depressing.

I got the leads on to the dogs, and we scrounged a lift with "er indoors TM". She took us half-way to work with her and dropped us off by Waitrose. I’d planned a little walk home via a couple of geocaches in the area. We found the first one easily enough and were on the way to the second when my phone beeped. An email notification of a new geocache… not three hundred yards from where we were. We hurried off, and were soon within a metre of the thing (according to my phone), but I couldn’t see it. Whilst the dogs scrubbled in leaf litter I widened my search, and after fifteen minutes I found it exactly where we first started. It had been hidden rather well.
We came home via the park where Treacle ran in terror from a Dachshund, a Bassett, and pretty much every other flavour of dog. Fudge on the other hand either ignored then or argued with them. But both dogs wanted to spuddle in the river.

Once home I went round the living room with the hoover, then tried to have a look at my accounts. I say “tried”: I keep the accounts on my desk-top PC upstairs. The poor PC was slow to the point of being unusable. I (eventually) got the thing going and managed to copy the excel spreadsheets out. I shall do the accounts on my lap-top from now on.
I’ve really got to go through the PC and copy out anything else I might need. Despite the best efforts of McAfee’s various attempts to clean it up, a combination of the thing being so slow together with the wireless network’s inability to broadcast through the brick walls have basically made it useless.

Yesterday I bought a Cornish pasty to eat whilst I was fishing. I scoffed it for my lunch whilst watching an episode of “Red Dwarf” on Netflix, then went to bed for the afternoon. I slept as best I could despite Treacle’s restlessness, and after three hours sleep I got up and watched an old episode of “Upstairs Downstairs” on the drama channel in which ‘er ladyship was having it away with a young airman. Rather shocking… however having seen the show so many times I know he croaks in the next episode.

"er indoors TM" should be home soon. I hope so. My tea won’t cook itself. Once I’ve scoffed that I’ve got to go to B&Q, then off to work. On the way I’m going to have a look for that geocache in the bus stop by Sainsbury’s in Aylesford. I’ve been told *exactly* where it is…
And if there is time I shall get myself a McFlurry…