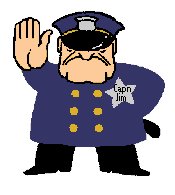 In theory tonight was supposed to feature a meeting of the astronomy club. But due to a change of the committee that runs the hall we meet in and a complete fiasco with the year's hall bookings we were unable to have the hall for a meeting tonight. Still, we had Stargazing Live last weekend. That'll have to do for one month.

It was just as well the club wasn't meeting tonight as I'd been rota-ed to do a late shift today. The morning's lie-in was good, and I got to catch up with some fiddling about with household paperwork. I got to have a look round the garden pond in daylight - all looks fine to me. I even exchanged insults with "My Boy TM" who happened to be passing. But the best part was that I got to drive to work in daylight. I do find leaving for work in the dark and coming home again in the dark depressing.

Work was work, and then home again. I got to leave a few minutes early and was making plans for the evening. With "er indoors TM" flogging candles I had good intentions of doing the ironing. Usually coming home from Canterbury at 8pm is good: with no traffic on the roads I get a straight run home. But after a couple of miles I got stuck in a traffic jam. After twenty minutes I got as far as a policeman who told me that the A28 was closed because of a fire down the road. He gave me the options I could take to get home; both of which would have added twenty miles to my journey. So I smiled, told the copper I'd take the Stone Street option, drove into Chartham to take a cut through that I knew, and met another copper who also knew the cut through and had closed it. I knew another way home, so I tried that, and after five miles I found myself at the end of a country lane. A cul de sac. Perhaps I didn't know the area as well as I might.
So I activated the sat-nav. It had a go at getting me home, but on finding that two of the roads it wanted to take were closed, and on losing the satellite signal three times I found my patience wearing thin.

I expected to get home in less than half an hour - it actually took just under two hours. Oh I wasn't happy when finally I got home. And to add insult to injury, the official traffic update website knew nothing at all about any problems on the A28. By the time I'd got in and had a bit of tea it was getting on for 10.30pm. I couldn't be bothered to iron: shirts will still be there tomorrow....