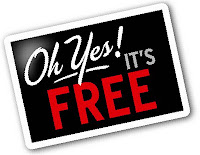 Over the last few weeks and months I've been watching "Terra Nova". It was really good, but still no decision has been made about the future of the show. Will it be cancelled? The jury is still out. And I've also been watching the re-imagined "Charlie's Angels": an entertaining show, but cancelled.
Last night I watched the latest David Jason comedy - "The Royal Bodyguard". Amazed with how bad the show was, it was promptly followed by "Mrs Brown's Boys" which was dreadful. These programs really sum up what is wrong with the entire concept of the BBC. With decent and watch-able telly programmes being cancelled, the "unique" funding of the BBC allows them to make absolute drivel when commercial companies struggle to keep good shows going.

After ten minutes I gave up, changed the channel and watched "Man vs Food". It was whilst on the Good Food Network that I saw an advert which made me think - the novels of Agatha Christie are being knocked out in newsagents at the moment. Starting with an introductory offer of two quid, subsequent books are a fiver each. When you bear in mind that after two minutes on Google you can download Christie's novels for free, I can't help but wonder why people pay good money for books.
I wonder if the days of the professional author are numbered: there are so many people who have published books in e-format that are available for free, and there are so many books that are out of copyright that are available for free. I've got weeks (probably months) of reading loaded onto my Kindle that I've downloaded for free. Why should I shell out good money when authors aren't asking for it?