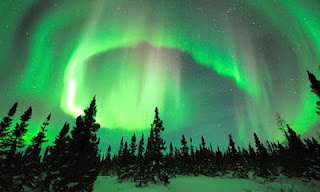 After I finished my painting last night I spent the rest of the evening in front of the telly, since "er indoors TM" had gone bowling. I did the same the night before as well.
Thank heavens that I had my laptop with me. The amount of adverts between and during the programs is getting beyond a joke. For all that I like Star Trek, Porridge and Blackadder, I really wish I could fast forward through the adverts. I wouldn't mind so much, but there's only about a dozen adverts and the constant repetition of them gets rather gutty after an hour or so.
One of the programs I watched was "Time Team". As they got to the end of the first day's digging, Tony Robinson held up a manky bit of broken pot. It was about half an inch long, and maybe an inch deep. One of the program's experts nearly tiddled his pants in excitement, announcing that this manky bit of broken pot was the best thing they'd found all day. (Which is why I have absolutely no interest in going digging with the arky-ologee club).

Yesterday I touched on the costs inherent in the hobby of oil painting. And I have identified an economy. But before I make that economy I have a question. What is the difference between "Artist's White Spirit" and "White Spirit". One comes in very small expensive bottles from the art & craft shop. The other comes in large cheap bucketfuls from B&Q. In my naivety it looks to me that the only difference is about five pounds per litre.

Being Tuesday the clans gathered at Chip's house and we watched an episode of Doctor Who. The third one with Christopher Ecclestone which had teh Doctor and Rose meeting Charles Dickens. A good episode, and it was good to meet up with friends.
The plan was to watch the Northern Lights this evening: with the sun going doolally, aurora was apparently visible tonight. Or that it it would have been if there hadn't been 100% cloud cover. Astronomy is a crap hobby; every time there's something worth watching, you can't see it because it will be too cloudy...