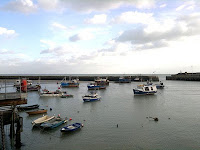 I spent a little while this morning going over the astro club's accounts: last night's Stargazing Live event raked in quite a bit of cash. Without going into details, it's fair to say that we covered our costs.
Something I realised last night whilst setting up was how out of date our posters have become. Many of them were made for the 2009 International Year of Astronomy; and so are three years old (if not more). Bearing in mind the amount of space probes which have been going here, there and thither, a lot has changed over the last three years. I wonder if we might organise a competition for club members to come up with some new posters. Being A4 in size and featuring the club logo, people could design posters on a range of subjects. Planets, dwarf planets, asteroids, comets, meteors, space rock thingies, the sun, stars, galaxies: there's scope for twenty or so new posters. Club members could even laminate the posters themselves. I've posted something along these lines on the club's Facebook page: we'll see how much interest there is.
Something which worked at last night's Stargazing Live was the "Ask an Astronomer" panel. Perhaps we might make this a regular event at club meetings? I'll bring it up at the next committee meeting; with the proviso that it be run on a strictly timed basis. Otherwise it might go on for most of the evening.

Yesterday I mentioned that some Koi had died. Two more died today. I'm rather concerned, but have absolutely no idea what's gone wrong with the pond.
And so to Folkestone. Coffee and then to the harbour for a bit of a walk. Sid (my grand-dog) enjoyed charging around the beach. As did I. A shame it was rather cold, but we had a good wander before making our way back to the Admiralty for another cuppa. There's talk of assembling a work party to fix the flashing and do some painting there. That might have the makings of a future blog entry.
In retrospect I am so glad we went out today - over the last few weeks, Sundays have become so dull. Whilst I enjoy sitting in front of the telly with my laptop for a couple of hours in the evenings, doing it for a whole day can get rather dull. Going out with people is so much better.

Home again, where I had a fiddle about with the website of Badger Original Landscapes. The trouble with a website is that, like an astro club poster, it soon becomes out of date. The website had several references to buying early for Christmas. Those references had to go. I've also added another testimonial. There are those of my loyal readers who might like to add a testimonial to that site - please feel free to get in touch to tell me how wonderful you feel the painting on your wall is (!)
I had half a plan to do another painting this evening, but the muse wasn't with me. So I slobbed in front of the telly for a bit. You can't beat back to back episodes of Star Trek...