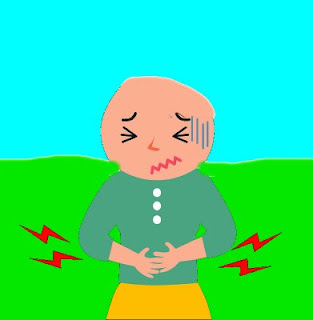 I slept like a log until “er indoors TM” and the dogs came to bed shortly after midnight, Ninety per cent of the duvet then went east and once Treacle finally settled so the torrential rain started. After several concerted attempts to reclaim some duvet I eventually gave up trying to sleep and got up.

As I do most mornings I made toast, watched whatever I was following on Netflix (this morning an episode of “Big Mouth”) then sparked up my lap-top to see what the Internet was doing. It was still there. The piccies I’d posted of yesterday’s walk had got quite a few likes. I was rather interested to see a colleague had taken her family to a chocolate-making day-out-thingy. That looked like fun.

There was a post from the moderator of a Sparks-related Facebook group who (following a petty squabble yesterday) was saying that he had better things to do than babysit a Facebook group 24/7. Whilst I sympathise with the sentiment, the way to run a good Facebook group is with a rod of iron. With so many keyboard warriors looking for a fight, make it crystal clear that people should play nicely.

I saw that the new series of geocaches I created a couple of weeks ago had been visited over the weekend and had been given some favourite points (which was nice). I also saw that three of them didn’t get found (which was not so nice). Have they gone missing already? Seriously?

I had a quick Munz and was rather pleased to see that I’ve done all I need to do for the month’s clan war (team game) and all the team goals have been achieved. All that remains are for one or two others to complete their individual requirements. A good bit of silliness achieved again!

I did smile at the weather forecast as I drove to work. As my windscreen wipers were frantically trying to clear the rain so the weather forecasters were talking about a dry day for everyone. Sometimes I wonder if they might just stick their heads out of the window to see what the weather is actually doing before making idiots of themselves.

As I left home the pundits on the radio were interviewing the Shadow Minister for Health who was finding no end of fault with the government's social care and health policies whist flatly refusing to come up with any better suggestions of his own.  The "vote for me because the others are crap" argument only works when the others are demonstrably more crap than you are.

Sadly there wasn't much else of note on the radio this morning.  I listened to it for forty minutes on the way to work, and can remember nothing of what was said. Mind you the display on the car’s radio did have a funny five minutes. The setup button flashed green, the pre-set station list moved across to the right and the thing called up the setup screen all on its own. I wonder what that was all about?

Work was work. Not a bad day really, but it would have been better if there was cake. there were biscuits, but they aren't the same.

And with work done I came home. As I do. “er indoors TM” set off bowling and I slobbed in front of the telly watching a couple of episodes of “Good Girls” as my stomach ached. It’s been doing that since the curry of a week ago…

Today was on the dull side…
Posted by Manky Badger at 10:01 pm