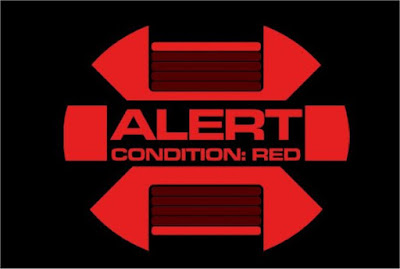 Over brekkie I watched the last episode of “Good Girls”. For a show which seemed to lose its way toward the end, the last episode was rather good up until the last five minutes then ended leaving me thinking “WTF was that all about?”

As I watched so another COVID test incubated. This one was negative. I would say “as usual” but with much of the family currently testing positive I did wonder how it would turn out. The entire family (except me) had something big planned for Friday; that’s cancelled now. Such a shame.

I had my usual root around the internet. Not a lot was happening on social media. I had an email to say that someone had liked the Wherigo I intend to archive in a week or so. I had an email from Credit Karma saying that I was paying far too much for my car loan, and offered me the chance to get a cheaper loan. All of their offers of cheaper loans were about thirty quid a month more than I am paying now.

An ex-colleague was having a birthday. I sent her the usual birthday video and saw one or two other ex-colleagues had sent her birthday wishes too. This left me in something of a pensive mood; for many years I spent more time with these people than I did my own family. Now I haven’t seen any of them for over ten years, and I could be dead for all any of them know.

I wandered up the road to where I’d left the car last night, and set off to work. As I drove out of Ashford the pundits on the radio were talking about “Soccer Without Borders”l an initiative to help girls and young women across the world play football. Personally I can’t stand the sport, but there really are great swathes of the planet where women are forbidden to play football. When I was a lad I had such high hopes for the future, and instead we seem to be on the verge of a new Dark Age.

They then wheeled on the Labour MP Yvette Cooper who was talking about the government’s failure to address the armada of dinghies carrying refugees across the channel. Whilst she was right in saying that something needed to be done, despite being given ample opportunity to do so, she suggested absolutely nothing herself either as her own idea or as Labour party policy. That’s twice this week that Labour MPs have rubbished the government whilst having nothing of their own to offer instead.

Then it was time for “Thought for the Day” which was frankly laughable. The vicar blathering the platitudes today started off his spiel by likening God to a midwife, he then waffled several disjointed and utterly unconnected sentences, then made the assertion that since everyone loves midwives, that makes his God really really brill and trif.

I got to work and did my bit. And as is so often the case I again got more evidence for the careers advice that I offer to children, grandchildren, nieces, nephews, and anyone who will listen. My advice is simple; never take on a job that has “Red Alerts”; they are never as exciting as they appear on the telly. If today’s job was an episode of “Star Trek” we would have had a lot of Klingons on the view screen. If today’ job was an episode of “Doctor Who” we would have had Daleks all over the shop.

Having got our emergency to the stage where I felt confident to hand it over, I headed home (only a few minutes late getting out) and again seemed to spend as long driving round the local roads looking for a parking space as I did driving the twenty-five miles from Maidstone to Ashford.

“er indoors TM” boiled up a very good bit of dinner which we scoffed whilst watching an episode of “Taskmaster”. It was very good, but like so many shows it features no end of celebrities who seem to be famous for being on that sort of show.

I then had a little look at the monthly accounts. I’m nowhere near as skint as I was a few years ago. Amazingly the old car was costing me more each month for road tax than the new car costs for a whole year.

And then I had a message. Could I do the night shift tomorrow night? I suppose so…
Posted by Manky Badger at 10:20 pm