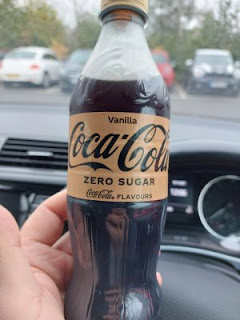 I had an early night last night hoping my stomach would settle. It didn’t. I woke at one o’clock and then saw every hour of the rest of the night.

I made some toast in the futile hope of settling my innards and sparked up my lap-top to see what had happened overnight. Last night I posted on the “Upstairs Downstairs” Facebook group.   “Upstairs Downstairs” is a favourite TV show of mine despite it being so old, and talking of old, over the thirty years of history that the show covered, the characters never aged. I’d not really realised that before, and I pointed it out. A trivial little point, but my posting attracted a lot of comment; all positive and not a single negative bitter comment which so often plagues social media.

There were quite a few spoilers on-line about last night’s episode of “Doctor Who”. We were out last night when it aired, and didn’t think to watch it when we came home. I was on a late shift tonight, and tomorrow night (quite frankly) I really would rather watch “Bake Off”. Such a shame for someone who went to school with Doctor Who both figuratively and literally. Quite literally – one of the boys in our class thought he was Doctor Who. With “The Doctor” written on all his school books rather than his given name (to which he would not answer) I wonder what ever happened to him?

As I peered into the depths of the Internet so the letterbox rattled. A handful of junk mail. Estate Agents, fitness classes… Is physical junk mail still a thing? If nothing else it woke the dogs who both declared “Red Alert”.

I sent out a few birthday wishes, got dressed and drove round to the Skoda dealer. Not wanting the lip of the boot of the car to be scuffed up by dog claws I'd arranged to have a cover fitted over the paintwork bit today. I got to the garage, handed over my keys and took a seat. After fifteen minutes the nice lady asked if I knew that there was a recall notice that had been issued on my car. I didn't... Apparently the car needed a software update. So (feeling as though I had no choice) I agreed to let them get on with it. And I continued to sit and wait. And wait. When I was there last week the nice man said that the job would take about twenty minutes, and would be quicker if I could clean the paintwork first (which was what I'd done).  After forty-five minutes the nice lady told me that the part they had ordered was the wrong part, and they would get another one. I booked another appointment for later in the week, and when the software update was finished (twenty more minutes later) I went home,

“er indoors TM” and I took the dogs out. We went to Great Chart where we did our usual walk from the cricket pavilion to the river and back, and Pogo utterly disgraced himself by incessantly barking at another dog. Fortunately that dog wasn't bothered, but I was; particularly when he was actively running away from me as I tried to restrain him. When I finally got him back on the lead he was incredibly subdued. He knew he'd been bad... So why did he do it?

Leaving “er indoors TM” and dogs at home I set off in the general direction of work, planning a route via "points of interest" Munzees. I need to Munz sixty of the things in this month's clan war. I got ten this morning which was something of a result.

And so to work for a rather busy late shift. It was… much the same as it ever was. But I enjoy it these days; for many years I didn’t.

As I type this so Pogo is snuggled up to me as close as he can get. He thinks I’m still cross with him…

Today was rather dull…