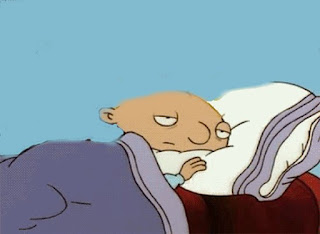 There were no fireworks last night; none that I heard anyway. I got up shortly before seven o’clock, made toast and peered into the internet. It was still there… mostly. Facebook wasn’t though. The thing didn’t seem to be working right, and after a minute or so came up with a “Quack Quack Oops” message. After a little while it came back, but I was rather lost without the ability to see what had been going on in the world over the weekend. It was just a shame that very few denizens of the world had chosen to share what they’d been doing with the world.

I got the leads on to the dogs and eventually got them into the back of the car. Some idiot had parked his van far too close behind my car. We then went for an early morning constitutional around Orlestone Woods. As we walked we met three other people with dogs. Treacle quivered in terror from the first two, and Pogo barked at them. Treacle wasn’t at all bothered by the third, and so neither was Pogo. Had this happened in Viccie Park no end of offence would have been taken, and sarcastic comments about feral dogs would have appeared on the local Facebook pages. But things are different in Orlestone Woods. It probably helped having met all the other dogs and people many times before, but we all had a good laugh about it.

We came home, and I put a load of whites in to wash. My washing machine is getting old; really I should think about a new one. I might treat myself to a new iron and ironing board at the same time. But I won’t mention anything to “er indoors TM”; that might be my Christmas pressie if I do.

With washing machine doing its thing I took Pogo to the vet for his booster jabs. There was a minor altercation in the reception when one of the “special” people had the hump as the staff wouldn’t allow her dog to use the weighing scales because it hadn’t had any vaccinations. Apparently this woman didn’t believe in vaccinations (!) When the reception staff asked her why she was at the vets where vaccination is a major part in animal healthcare, she had no answer. You really could see her thinking it through, and then she asked if the reception staff thought she should get her dog vaccinated. I got called in just as they were making the arrangements for the dog to get jabbed.

Pogo got jabbed. I also got told off (on his behalf) about what a porker he is. Weighing in at a shade over twenty kilogrammes, the vet says fifteen should be more realistic. They’ve suggested we persevere with his diet until the New Year and then bring him back for a weigh-in. There was talk of seeing a nutritionist (which is covered on his health plan) and high fibre dog food.

I then spent the best part of an hour sorting rubbish for a tip run. As I moved all the rubbish from the garden to  a humungous pile in the hallway so the postman came. Both dogs flew to the door having no trouble leaping over the piles of rubbish. However they were both rather stuck when they tried to get back again.

With the dogs out of the way I then set about loading the rubbish into the car. It took some loading. One of the disadvantages of a smaller car is that it is smaller (dur!)

With the car loaded I sat down with a cuppa. By then it was only eleven o’clock and I felt knackered. I turned on the telly and fell asleep.

Fortunately I woke in time for the tip run. The tip now offers half-hour slots rather than two-hour slots. I arrived dead on time to find I was the only car there. I unloaded my rubbish under the gimlet stares of several tip staff who were very keen to make sure I got the right rubbish in the right receptacle. But they did seem perhaps a tad too interested – what did they think I was going to chuck in their skips?

From there I went to Halfords. Last Thursday I put a boot liner into the car, and on the next day I commented that the thing hadn’t stayed in place. Having given it three try-outs I have concluded that it was a load of rubbish. I’ve reviewed it on Amazon saying “This was perhaps the most useless item I have ever bought. Utterly unfit for purpose it made no attempt to line the boot. The adhesive tape made no effort to stick to anything, and having wrapped itself round the dogs three times it is now in the bin and has been replaced with something far superior from Halfords”.

I got a far better liner from Halfords together with a mat-thingy and a new dog grille. The parcel shelf does ride up the dog grille somewhat, but this grille doesn’t rattle like a thing possessed. I might need to take the parcel shelf out of the car to be able to see better through the rear-view mirror though. We shall see (figuratively and literally).

I then got some Chrimbo pressies for “er indoors TM”; I shall keep quiet about where I went and what I got, and I then went on to the hospital where I was greeted by not-so-nice-next-door who seems to have a job there directing the public about as they arrive. I nearly didn’t recognise her as she was smiling, and what with the face mask and the new glasses I don’t think she recognised me at all.

I took my place in the ENT clinic’s waiting area and amused myself listening to the ranting of another patient who was furious to have arrived for an appointment booked months ago only to find the hospital had cancelled it without telling her.

I was only ten minutes late getting in to see the specialist. I say “specialist”. I’d gone hoping to see a consultant ENT surgeon; I got fobbed off with a registrar. He had a look up my nose and then contradicted everything the last chap said. On 24 May 2021 I was told that although the polyps had returned there was no sign of the papilloma. Today I was told there is no way of knowing if the papilloma has returned because the polyps are in the way. Back in May I was told that papilloma was no cause for concern. Today I was told I would be booked for urgent surgery just in case… Perhaps there is cause for concern…

I came home via B&Q where I got a new light for the kitchen. I took the old one with me as they come in all shapes and sizes. I had this naïve idea that if I got one with the same words as were written on the old one then all would be fine.

After fifteen minutes of brain-strain with two assistants helping me I managed to come home with the right replacement bulb. But these days the tubes are LED and need new starter units too. Nothing is simple, is it?

“er indoors TM” came home, sorted a rather good bit of dinner then went off bowling. Bearing in mind no day off work is complete without a dose of ironing I set about the laundry whilst watching a couple of episodes of “Good Girls”.

For a supposed day off, today has been rather hard work…
Posted by Manky Badger at 9:45 pm