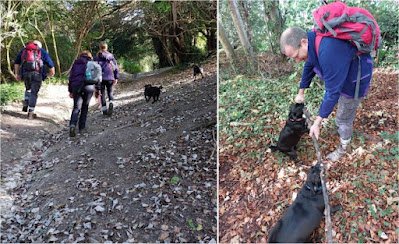 I couldn’t sleep, so I got up far too early, made brekkie and had a look at the Internet. Now that it is all over, the local police had posted a link to Facebook on which the public could report fireworks being set off after midnight. Seriously? What do they want me to say? “There were three loud explosions somewhere in the South Ashford area at a quarter to one last night” What could they do about it? I actually went through their link for reporting this, and gave up when I got to “Do you think the thing that’s happened has something to do with race, disability, religion, sexual orientation, or transgender identity?”

This was followed by a begging post from someone whose mother had died and she had no idea just how much a spectacular funeral costs. Seriously? I’ve got a policy to pay for my final expenses… after all, about the only thing of which we can all be sure is that we are going to croak.

Fortunately before my blood pressure went through the roof, Treacle started dabbing at me, started chewing my pyjamas, and then had a fight with me. Silly dog.

With “er indoors TM” off doing whatever it was he was doing today, I got myself and the dogs organised and into the car, and we were soon on our way to Detling. We arrived a few minutes early, and it was quite comical watching the dogs staring at every car that came past in the desperate hope that it contained Karl, Tracey and Charlotte. The dogs got more and more wound up at each false alarm, and even though there were only a dozen or so false alarms, Treacle and Pogo were at bursting point when the right car pulled up.

It wasn’t long before we were off on our way. We had a rather good walk along well-marked paths with only a little lane walking. And they were very quiet lanes. Admittedly there were some incredibly serious “up” bits, but that’s the North Downs for you. (That’s why we chose this route when “er indoors TM” was busy elsewhere)

As we walked we had one of those laugh out loud moments when both dogs mistook a statue of a cat for a real cat and flew at it. Both got nose-to nose with the statue before realising their mistake. And I chuckled when the rest of our gang found a geocache that we’d seemingly already signed. I went to it yesterday on my way to work and signed it in advance for a bit of a laugh. Up to that point of our walk I’d had amazing trouble not to giggle about what I’d done. I suppose this sounds rather sad to those who don’t hunt Tupperware (and those that do!), but it kept me amused.

It wasn’t far from there that a phone box had been decked out with poppies; I’d not seen that sort of thing before – it was rather well done.

It was only a shame that Pogo got a thorn in his paw. But with Charlotte holding him up (that took some doing!) we soon got it out, and in doing so got muddy Pogo paw prints all over my GPS.

We also saw stickers on various metal posts for “Augustine Camino” – it turns out this is a week-long pilgrimage from Rochester to Ramsgate. A pilgrimage… these still happen.

As I do, I took a few photos as we walked. Despite the uphill, this was a very good place to walk. I’d certainly take the dogs back again.

Once I’d got the photos onto the Internet Stuart arrived to collect the old car top box. We got it into his van but it took some doing.

I watched a little telly, then “er indoors TM” came home and boiled up a rather good bit of dinner which we scoffed whilst watching this evening’s episode of “Doctor Who”. There wee quite a few nods to what had gone before (if you were watching the show in 1973), and it was far better than last week’s rather disappointing instalment. I’m hoping things continue in this vein next week…