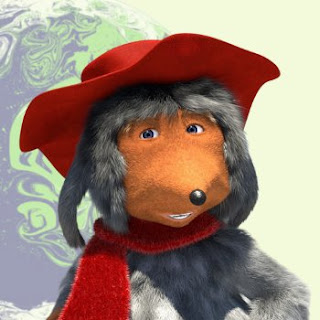 When I have an alarm set I usually wake up far too early. And what with this frankly ridiculous daylight saving clocks going back I  woke up an hour before far too early this morning. I wondered which idiot thought the thing up. It turns out that the idiot was one George Hudson who was an entomologist from New Zealand who had a plan to mess the clocks about so he could play silly beggars hunting insects (as a hobby) in daylight before his proper job started.

Why on Earth did anyone in authority listen to him?

According to Wikipedia “proponents of daylight saving time argue that most people prefer a greater increase in daylight hours after the typical "nine to five" workday” but daylight saving means it get dark an hour earlier now than it did a week ago. Perhaps they mean during the summer? No matter how you mess it about, it is still the same amount of daylight.

I made toast and watched the last episode of “Inside Job” then had a look at the Internet. It was still there. I chucked everyone out of the Munzee clan (as it is time for a new Clan War) sent out a birthday wish to a niece (who is approaching thirty but in my mind is still twelve) and posted on Facebook asking of anyone wanted the top-box that went on the old car. We’ve not used it in years, and it is in the way of the lock-ups in the garden. I soon got a taker for it.

I got dressed; putting on a winter shirt. I have summer and winter work shirts (the winter ones being thicker) and I switch from one set to the other as the daylight saving comes and goes. And then I set off to work with something of a sense of trepidation. In all honesty I didn't much care about the old car. I suppose I liked it; it was an old friend. But it was old. It had done a hundred and fifty thousand miles. It had scuffs and scratches. I wasn't bothered when I reversed it into the wall of the works car park the other day. But my new car is new. It has that (rather yukky) new car smell. It isn't filled with mud and dog hairs (yet). And as yet it is unscathed.

Being rather amazed at how quickly the screens cleared of condensation I was soon heading off down the road on a bright morning. I stopped off at the garage to check the pressure of the iffy tyre. It had only lost four psi since Saturday (which probably wasn't a good thing). I put some more air in.

As I drove the pundits on the radio were all a-twitter about the COP26 climate conference in which the world leaders will talk a lot without doing very much. Boris Johnson finally announced he doesn't like coal-fired power stations but says that the one being built up north is nothing to do with him, and permission for its construction rests with the local planning authorities. Really? If this is true, then I have to ask what power a Prime Minister really has. If this isn't true, that would come as no surprise whatsoever bearing in mind his track record. Last night I heard that the Wombles were going to be at COP 26. I have more confidence in their ability to get things done than I do in our Prime Minister’s.

As I drove so the travel news sprung into life. I turned it off by pressing the "cancel" button which had appeared. I wonder how I will turn it back on when I want it?

I got to work and rather than parking just anywhere I found myself looking for a parking space that wasn't under a tree full of crapping birds. I then spent five minutes looking round the car to see how many hidden pockets and compartments it had. Nowhere near as many as the old car, which can only be a good thing bearing in mind the amount of rubbish I used to carry round in it.

As I worked I found time to phone the car warranty people who told me to take the car to a tyre place and let them know what the tyre people said. So I arranged to take my car to the Aylesford branch of ATS after work. And then the warranty people sent me a message through their app saying that they would only accept reports from Kwik-Fit or Halfords. I sighed, cancelled the appointment I’d made for today and contacted Kwik-Fit who can see me tomorrow.

Work was work. Being on an early meant I got out early, but I thanks to daylight saving got home at sunset. Too dark for the co-op field. Instead I walked the dogs round the roads.

We had a mostly good walk. Mostly. As we stepped out of the front garden so some small child ten yards gave a blood-curdling scream and bellowed “doggies – doggies-doggies” seemingly on a loop. I saw this as reason enough to walk the other way, and within five seconds I could hear this child having a complete meltdown behind me because it wanted to stroke the dogs.

Calm and controlled children can stroke Pogo and Treacle. Hysterical screaming brats cannot. Was I being harsh?

Once she’d made dinner, “er indoors TM” went bowling. I settled in front of the telly with a dog on either side and started watching the second season of “Another Life”. Apparently I’d seen the first season two years ago. I didn’t remember it, it was almost as bad as last night’s episode of “Doctor Who”, and I soon fell asleep.

What a waste of an evening.