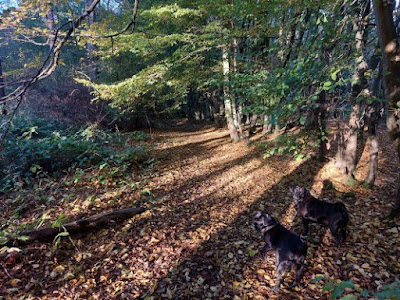 Despite a particularly vivid nightmare in which I had been sentenced to run a dog-washing boutique I slept for over eight hours last night.

Over brekkie I sparked up my lap-top (as I do most mornings) to see what I’d missed overnight. I rarely miss anything worth bothering about. Despite twelve notifications on Facebook, again I hadn’t missed much. The only thing of note was a posting on one of the local geocaching pages from someone saying that they would be staging a geo-meet in  December  (as usual)(?) but not a Christmas party as they thought it best for everyone to “keep safe”. The local annual Christmas geo-meet is usually good fun, and I was rather sad to see it had been cancelled. Especially because of some COVID misunderstanding in which a virus spreads at a party but somehow not at a meeting of people? But then why was this being announced by someone of whom I’d never heard. After a little stalking on the Internet it turned out these people were from Berkshire and were presumably talking about events taking place (or not taking place) a hundred miles away. What was that all about?

Mind you there was a fair bit of consternation being expressed over the death of Lionel Blair who passed away yesterday evening. Any death is sad, but the chap was ninety-two. I thought he’d died years ago.

Yesterday “er indoors TM” bought me mats for the footwells of the new car. Risking life and limb I managed to separate the mats; they had been fastened together with some of the most vicious and sharpest staples you ever did see, And with them in place in the car I drove the dogs down to Orlestone for a walk.

We got to the car park and I opened the boot to see that the boot liner I installed yesterday was in something of a state. I suppose it lined the boot, but the tape which secured it in place wasn’t as adhesive as it might have been what with fidgeting dogs. Oh well… it will suffice until I find better (at a decent price).

We walked a very good walk. It was a bit cold, but not that bad. And there wasn’t that much mud. As we walked I took care not to miss the turning we’d missed a couple of days ago. When we found that turning I stared at it. It was obvious. How had we missed that?

With walk walked we came back to a completely empty car park. There had been three cars in it when we arrived. We’d seen no one as we walked, and everyone had gone home by the time we’d finished our walk.

As we drove home “Desert Island Discs” was on the radio in which the footballer Peter Schmeichel was talking about his experiences as a carpet fitter working in a prison. The chap was interesting, and didn’t pretend to enjoy pretentious classical music that no one really listens to (like most people on that show do). I don’t get to hear that program very often, and usually when I do it is rather dire. This ten minutes was rather good.

I settled the dogs; they didn't need much settling as they were fast asleep within minutes of getting home. As I drove off there was some rather aggressive woman on "Woman's Hour" ranting about the way women were portrayed in the James Bond books. There's no denying that she had a point - have you ever read any of the James Bond books? The women in those books are portrayed as those things on which James Bond would wipe his feet before he went down the pub. But the books were (mostly) written before I was born. Things were *very* different back then and Ian Fleming (the writer) has been dead for over fifty years. Quite frankly whoever  that aggressive woman was, she'd left it a little late to take offence.

Or are we to retrospectively censor the James Bond books along with most of British history?

I soon got to the car showrooms where I gave them the V5 and the spare key for my old car, and they sorted the seemingly broken key to the new car. It is amazing what a new battery does.

Pausing only briefly in West Malling and Mereworth for geocachical reasons I made my way to the Sainsbury's petrol station in Aylesford where despite the massive increase in petrol prices I seemed to fill my car rather cheaply. I was pleased about that. I also bought lunch. In the absence of Walker's crisps (after bogroll and petrol, Walker's crisps seems to be the next great shortage) I got myself a packet of kettle crisps to scoff with lunch, and they gave me quite the stomach ache which not even posh biccies at tea time could sort out. The posh biccies were *very* good though. Am I being ungrateful in wishing they had been cake?