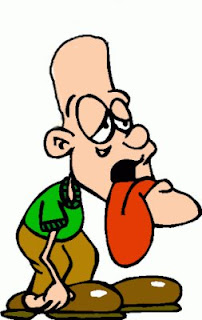 The fireworks eventually stopped last night. Back in the day we’d have a few fireworks in the garden when Dad came home from work. This slowly gave way to going to organised public firework displays, but I’ve not seen quite so many of those advertised recently (I suppose COVID has had a hand in that) but over the last few years it seems that thing with fireworks is to let them off later and later. Four years ago I posted on Facebook about fireworks going off late into the evening, and that was certainly happening last night. Incredibly thoughtless half-wits were setting off fireworks well after bed time. And not the ones that look pretty; the ones that just make loud explosions; there were three detonations shortly before one o’clock.
I finally nodded off.
There was a minor incident at five o’clock when I went to the loo and had to have a pitched battle with the dogs on my return to secure any bed space at all.

Consequently I was rather tired and just a tad grumpy today. As you can probably tell by reading this rant.

I got rather frustrated over brekkie. Having finally sorted the past of the paperwork with the car dealership yesterday, last night I went on-line to tell the DVLA all about it. After going  through quite a few web pages in which I filled in no end of trivial details they eventually told me they were closed and I might like to try again in the morning. After filling in a lot more web pages this morning it finally told me it that I had the wrong number on the V5C scrap of paper. On the third attempt it finally accepted the number. They then had the cheek to present me with one of those “how did we do” questionnaires. I don’t like those; so often a score less than perfection leads to a formal reprimand for an innocent individual who is utterly unable to correct the corporate failure.

I then spent a minute solving a couple of geo-puzzles. Yesterday I’d taken a little detour to get the information to solve a puzzle as part of planning for a future geo-walk. Having solved the puzzle it would seem the final film pot is nowhere near where we will be walking… ho hum…

I rolled my eyes as I read Facebook this morning. Someone with whom I used to work was complaining that they had waited for an hour and a half for a bus to take them home when they could have walked it in fifteen minutes. This was the same person who once tried to tell me they couldn’t get to work because of the snow when I’d walked past their house on the way to work that very morning. Can people seriously not walk any more?

And I did have a message from “Morgana Leslie” who seemed very keen to show me photos of her *bits*. That was nice of her… (!) I’ve squealed him/her/it up to the Facebook Feds but I suspect that the automated processes that their bots use won’t see anything wrong with it. Again.

I took the dogs to the co-op field. I would usually go for a more ambitious walk, but being a Saturday, Orlestone Woods and Kings Wood fill with the sort of people who only take the dog out once a week and the sort of people who detest dogs. The park fills with the park run people who in the past have tried to kick dogs. The co-op field was ideal today. No one else was there, and we played “Fetch” with a surprising degree of success. Treacle fetches the ball and (with only a little encouragement) drops it too. Pogo prefers to catch the ball, so I chuck one ball to get Treacle going, and then bounce another for Pogo. After a couple of minutes it became a tad tedious for me, but the Terrible Twins seemed to love it.

As we walked home so another dog started barking at us from twenty yards away. My two looked over the road at that dog and didn’t seem bothered. I had them sit, and we watched the dog as it went away. I was very pleased with how they reacted this morning, but the relaxed attitude was more through luck than judgement. It has to be said that our dealing with other dogs is a tad hit and miss at times. I’ve read up a lot on dog training and watched all the videos and telly programmes. Perhaps it is time we went to dog training classes?

Seeing the dogs were both fast asleep I set off quietly. “er indoors TM”  had gone to a craft day event thingy, and wanting to get more used to the new car (driving in daylight is a novelty right now) I drove up to Detling where I got the information needed for a field geo-puzzle that we might (or might not) pick up tomorrow.

As I was there I saw some woman with a GPS unit bustling about where I knew a geocache had been hidden. I know most of the active Kent geocachers well, but had never seen this woman before, so I thought I'd introduce myself. I've done this several times before and in that way have met lots of people who have turned out to be such good friends, and they too have welcomed being introduced to a wide friendly group of people.

So I went up to her and (with a large smile) announced "I know what you are doing". She didn't actually say "F... off Fatso" but that was certainly the attitude she conveyed. Oh well... there are some who go out hunting Tupperware in the company of friends and who go to regular meet-ups. And there are those that don't. Each to their own, but I know in which group I most definitely am.

I then drove on to Aldi if only to navigate a busy car park. Aldi itself was rather busy (heaving) with not one person in twenty looking where they were going or what they were doing, and in amongst the scrum were half a dozen of "The Terrified". In their thick masks and face shields and rubber gloves they were desperately cowering away from everyone else, failing to do so, and getting more and more stressed. And all seemingly oblivious to the fact that every item they had in their shopping trolley had been mauled around by countless shoppers before them.

I'm told I am too intolerant of other people... perhaps I am. But if someone really is frightened of contracting COVID, then going to a crowded supermarket at peak time *isn't* such a good idea, is it? In this twenty-first century surely "The Terrified" can get all their shopping delivered, can't they? Actually, probably not. From my personal experience of them, I suspect "The Terrified" wouldn't have a clue what the Internet is; let alone how to get your shopping through it.

I got my shopping, and carried on to work. Last Saturday I got a rather good dinner in the works canteen. I did the same again today, but got about twice as much for my money. The woman on the servery today told me (and anyone else who would listen) that the portion sizes were too small, and she was giving out double helpings. I saw that as a minor result.

And so to work for a rather fraught shift. In our twenty-first century the computer is king. And a computer-controlled state of the art blood sciences laboratory isn't really the place to be whilst the computer that does the controlling is out of action having an upgrade. I was reminded of the halcyon days of 1981 to 1984 when I worked in a blood testing laboratory that didn't have a computer that ran the show. And I don't miss those days one bit.