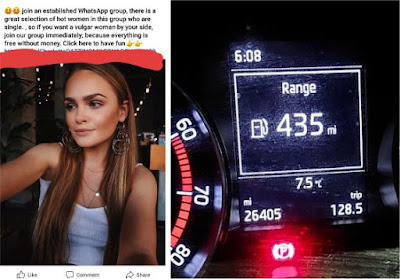 The dogs slept well last night, and when they sleep well, so does everyone else. I was rather pleased about that.

I made toast and scoffed it whilst watching an episode of “Big Mouth” which was rather good. I think I probably missed an awful lot of the jokes, but that is probably true of most American comedies. I then had a look at the Internet.

I had a message from some woman who wants to revisit dog licences. Last night she posted to one of the local Facebook groups. She’s started a petition suggesting that people undergo psychological testing before being allowed to have a dog. I made the mistake of commenting that it is a good idea in theory but somewhat impractical. Her post got no end of hate comments (as does pretty much everything posted to the Ashford Facebook groups). This woman wanted to answer my question and sesnt me a personal message, but again said a lot of impressive sounding things whilst not saying anything practical. How do you psychologically assess if someone should have a dog? Who would do it? How much would it cost? How easy would it be to blag the test?
There was also a frankly amazing posting to one of the work-based Facebook groups from someone in America. Having taken one of their departmental analysers apart (for some obscure reason) she was having trouble reassembling it. Could someone send photos of the innards of a working analyser so that they could see what goes where. Seriously? Is a service contract *that* expensive? The regulators would lay an egg if this happened in the UK.

I wandered down the road collecting gnome helmets (it’s a Munzee thing) as I wondered where I'd left the car, and was approached by a woman who was walking her dog. I say "walking her dog"; "being dragged by her dog" was a more accurate description. She recognised me having seen me out and about with my two hounds, and wanted to ask me how I got them to stop pulling on the lead. I didn't actually laugh out loud, but I couldn't help but wonder at what split second it was that she'd seen me *not* being dragged about by Pogo and Treacle.

As I drove to work the pundits on the radio were talking about the recent terrorist bombing in Liverpool. An awful lot was being made of how the bomber had converted from Islam to Christianity. I couldn't see how any religious conversion had any bearing on the matter. Have you ever read the Bible or the Koran? Both advocate (in spirit if not explicitly) *not* blowing people up. But I was wrong… religion has a major part to play with asylum seeking. Apparently many asylum seekers coming to the UK and pretend to become Christians. They can then claim they will be persecuted in the country from which they have fled… persecuted for the religion they didn’t have when they fled !! There was an interview with a vicar who was talking about how impatient the average asylum seeker is to get baptised.

I got to work. I did my bit. There was cake. Just an average day in Paradise, really. And like any average day in Paradise I got an offer of free filth as I perused Facebook on my phone at tea time. Heagneya Elisa suggested that if I wanted a vulgar woman by my side I might join her Whatsapp group as "everything is free without money".
But she posed an interesting question. Did I want a vulgar woman by my side? I've been out for several walks with “Daddy’s Little Angel TM” in the past and she is something of a "potty mouth". Does she count as a "vulgar woman"? I suspect that Heagneya Elisa had a rather different sort of vulgarity in mind.
Do any of my loyal readers have vulgar women by their sides? What are the pros and cons of such an arrangement? I can't help but think that my back wouldn't take the strain these days.
Also at tea time I made a phone call and sorted out a venue for the Kent Geocachers' New Year's Day event. In the past the new year's day event was one of the highlights of the geo-calendar, but much of the social side of geocaching died with lockdowns. There have been a few social events since formal meet-ups have been allowed again and the ones I've been to have been rather fun - two major hikes round London and an afternoon in the pub in Badlesmere. Hopefully we can get this going again, and with it re-start the hobby locally.

I did chuckle as I came home. When I filled the car with petrol on Monday at the filling station near work the display told me it had a range of four hundred and five miles before it would run out of petrol. Since then I have driven one hundred and twenty-eight miles as I went home and back to work two and a half times. The car now has a range of four hundred and thirty- five miles before it runs out of petrol. Driving over a hundred miles has used minus thirty quid’s worth of fuel.

“er indoors TM” is out with the dogs right now. I wonder if they are pulling? And I wonder what’s for dinner…