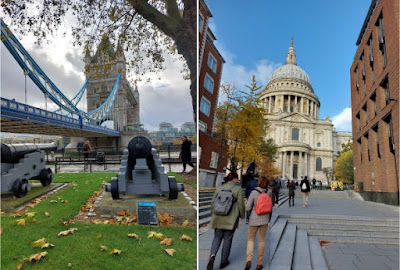 With the dogs having a little sleepover with “Daddy’s Little Angel TM” I slept like a log. I doubt she did, but am I bothered?

Over brekkie I had my usual rummage around the internet. I love Facebook; if only to watch some of the arguments which abound on there. Yesterday a chap with whom I went to college (forty years ago) was having a particularly impressive squabble with someone with whom I used to work (fifteen years ago). Without going into the details of the squabble, one had the hump and was feeling particularly poorly treated. The other was claiming that this chap had merely received the same treatment from officialdom that he had previously arranged to be dished out to others.

And on a bird-watching (feathered variety) page I follow was a rather strange yellow sea-bird that had evaded all attempts at identification until a small child pointed out it was a seagull covered in curry sauce.

I had an email from Credit Karma. Despite my credit rating having gone up last week, it has plummeted by twenty-three points this week. I think they have realised I’ve bought a car. But nil desperandum (as they used to say). I can recover those lost points and there are two things that they recommend I might do. Firstly having taken on a loan they suggest I don’t take on any more. However they do recommend I increase my credit limit to over fifteen thousand pounds. So I should both not take on more debt and take on more debt… how does that work?

I also had an email from the people who look after the house buildings and contents insurance. In the past I used to go with Hastings Direct. Every year they would write to me in mid-November and say that the policy would cost a hundred quid more in the following year, I would then phone them up and haggle, and we’d agree on a far more modest increase in price. The current people have said that next year’s policy will be five quid less than this year’s. I’ll take that.

With no dogs to settle we set off on today’s mission. We walked to the railway station and found no queue at all, so soon got our train ticket. Which is more than people will be doing tomorrow it would seem. With Rye’s busiest day of the year tomorrow, the trains aren’t going to be stopping there tomorrow. I wonder how much that will increase the bonfire parade’s carbon footprint?

Two stops into our journey Joe joined us on the train, and we put the world to rights as we travelled up to Charing Cross, then on the Circle line to Tower Hill where we’d arranged to meet up with Pam, Brian and Irene. As we were in the area anyway we thought we’d give a shout out to see if any other hunters of Tupperware would be in the area and would like to meet up to say hello. A few people were able to come find us, and we all chatted for a few minutes before everyone else went their ways and we went ours.

The plan for today was a quick sortie round St Katharine’s Dock. then to follow the various stages of a multi-geocache “One Day in London”. This would take us on an epic hike from Tower Bridge round the Tower of London, across London Bridge, through Borough Market to the Millennium Bridge, up to St Paul’s then on to the London Eye, the South Bank, Parliament Square, St James’s Park, Buckingham Palace, Trafalgar Square, Covent Garden and on to the British Museum.

In retrospect this was perhaps a tad ambitious, but in London that doesn’t matter. When we plan a geo-walk in the countryside we have to finish what we start as we need to get back to the cars. In London there are tube stations all over the place, and if we don’t finish what we have planned then we can just come back another day.

We had a really good catch-up with friends as we wandered across Tower Bridge where we found two of the most ingenious caches I’ve ever seen, and we then carried on past and round the Tower of London, taking our time and enjoying an all-too-infrequent catch-up.

Irene, Pam and Brian had to leave us when we got to Borough Market, and together with “er indoors TM” and Joe I wandered up to St Paul’s where we did a little geology homework and rolled our eyes at the cost of getting into St Paul’s. t would have been good to have had a look inside, but twenty quid? Each?

By now time was pushing on and the (completely not forecast) rain was getting a tad heavy. So we decided to blag the clues we needed at St Pauls from the Internet, and had a little wander up to the Barbican where two surly chaps in hi-vis jackets wouldn’t let us in to the grounds of St Bartholomew the Great’s church. We needed to go in there to get the answer to one of the questions for the Adventure Lab we were doing. We knew the answer was a type of tree, and after guessing (wrongly) the name of every tree we could think of, I sneaked in to find the plaque which held our answer.

If you ever have to think of a random tree, I bet you wouldn’t think of a Persian Ironwood, would you?

Finding the nearest pub to the Persian Ironwood had stopped doing food we found a rather good pub (the Fox and Anchor) for a rather good late lunch.

From here we started heading back to Charing Cross… slowly. On the way we got rather lost (were we trespassing?) in the Barbers’ Physic Garden? And having gone into Bank tube station, how on Earth did we manage to actually get on to the train at Monument?

We Munzee-ed like things possessed at Charing Cross, and had a good chuckle at the drunk teenagers on the train home who thought they were oh-so-subtle when they all went into the toilet together to drink their White Lightning.

Saying goodbye to Joe at Headcorn we were soon home where we got car keys and drove to Folkestone to collect the dogs from “Daddy’s Little Angel TM” who assures us they behaved themselves.

I doubt it somehow…

I took quite a few photos today. Today was rather good, if tiring. “er indoors TM” has gone to bed before me, and that very rarely happens.
Posted by Manky Badger at 11:15 pm