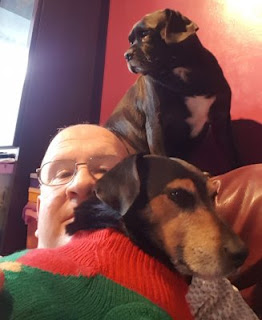 The night shift went rather well; the late shift didn’t leave me any work at all, and the workload was noticeably down. Did people *really* stay home and not come to hospital because of the snow?

The early shift arrived; I put on jumpers and scarf and coat and spent ten minutes excavating my car out of the snow.

As I drove home the pundits on the radio spouted their inimitable brand of drivel. There was endless speculation about COVID-19 and ongoing travel restrictions. Apparently internationally about two hundred travel restrictions change every day as the pandemic progresses, so it is anyone’s guess whether or not anyone will be travelling much this year.

And there was a lot of talk about a firm which, having spent years exporting shellfish to the European Union, has now closed. The recently agreed Brexit deal has generated so much extra paperwork that the firm needs two more secretarial staff to do it all, and they can’t afford to employ anyone else. There was an interview about this with some minister or other who clearly loved the sound of his own voice, but the minister basically said that the extra paperwork is a good thing. This is what the public wanted (he said); a definite and tangible benefit of Brexit is having two different sets of import and export regulations (one of the UK’s and one of the EU’s). As the minister said, if these UK-based firms wanted barrier-free trade, why have Brexit?

I had planned to walk the dogs this morning, but the thermometer in my car said the temperature was minus four degrees when I got home, and the pavements were sheets of ice. I got in to see Fudge wearing a woolly jumper. He had spent quite a bit of time shivering yesterday so “er indoors TM” had decreed he was to wear his jumper. Sadly I agree with her; he has lost so much weight recently he really feels the cold.

I took myself off to bed and slept till mid-day when the dogs woke me with an utterly unnecessary barking fit.

Being the afternoon after a night shift I got busy with the ironing whilst watching some episodes of “Four In A Bed”. Today’s contest was won by a vegetarian Bed & Breakfast establishment in Broadstairs. Like many vegetarians, the people running this place were rather needlessly confrontational about their vegetarianism. They demanded everyone else offered a vegetarian alternative for brekkie, but when it was their turn to host, the non-vegetarian option they offered was to go hungry.

I sorted Lego until my brother phoned. No news from mum. I don’t know whether that is for the best or not. I’ve arranged to pop down to see her tomorrow on the (rather circuitous) way to work. I’ve got to get to the hospice early so’s they can do a COVID-19 test, even thought I did one today (which was negative).

“er indoors TM” baked some pasta (very tasty) which we scoffed whilst watching an episode of “You’ve Been Framed” in which Harry Hill presented a cavalcade of people falling flat on their faces. There’s nothing as entertaining as other people’s misfortunes, is there?