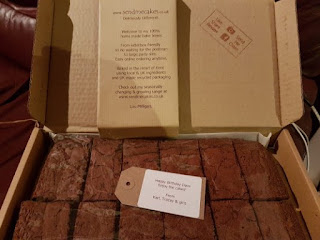 er indoors TM” and I were up in the night several times (each) to see to Sid who spend much of the night yapping for no apparent reason. It was rather annoying that I then had to poke him (several times) as I scoffed brekkie as the noise of his snoring was louder than the noise of the telly.

I sparked up my laptop and peered into the murky depths of the internet. My piss boiled somewhat when I saw that my bank was offering a bung to new customers. They’d put an advert on Facebook saying that anyone starting a new account with them gets a hundred and twenty five quid cash up front – no questions asked. I’ve been with them for thirty-five years and I get nothing. Interestingly amongst the comments whinging about that advert was one from a chap who said: “They took money off me for over five years that I was unaware of and now I’ve finally noticed they have point blank refused to give me it back”. I was intrigued by that – how could any bank take money without anyone realising? Don’t people check their bank statements?

I had an email to say that someone had commented on Wednesday’s blog entry. I must admit I was expecting it to be spam, but one of my loyal readers – someone I’ve never met – said some kind words. Thank you Nurgul – I can be quite the cynic, but I’ve been so amazed at the kindness that so many people have shown me over the last few days.

Bearing in mind er indoors TM” had been up quite a bit during the night with Sid (like I had been) I tried not to disturb her as I got ready for work.

I made my way to my car, navigating my way through the recycling bins that had been carelessly abandoned by the bin-men earlier. Back in the day the bin men collected your dustbin from your back door, emptied it into their dustbin lorry and returned the bin to where it came from. These days we have to leave the bin on the pavement outside our house (as the bin men aren't insured to set foot in our gardens). The bin men empty the bins in the general vicinity of the dustbin lorry, and they then leave the bins (completely blocking the pavements) wherever the bins fall when they drop them.

When I complained to the council the chap with whom I spoke told me (in no uncertain terms) that he had no intention of passing on any complaints as he needs to "appease the contractors".

As I drove to work there was a lot of talk on the radio about how the developed world has ordered about fifty per cent more COVID vaccines than they need, and that it would be nice to give the extra vaccines to the countries that can't afford them. It would be nice to do that. It would also be nice for some people not to make such an absolute fortune from selling medicines too, wouldn't it?

I can always remember discussing free healthcare with some Americans when I was staying on a scout campsite near Seattle. All the Americans with whom I spoke saw free healthcare as a serious insult to their entire way of life, and they would (in all honesty) rather be bankrupted to pay for healthcare rather than get it for free like a bunch of "commie pinkos".

I was called a "commie pinko" quite a bit when I was in Seattle.

There was also a lot of talk of the Perseverance rover that landed on Mars yesterday. Up until four years ago I would have been all over that news. Now... I'm still interested (I suppose...)

I took a diversion to Sainsburys on my way to work where I got far too many doughnuts and biscuits for everyone at work (in honour of my upcoming birthday). I also got a new light bulb for the one in the bathroom that died this morning.

As I queued at the checkout I could feel my piss boiling. The idiot in the queue in front of me was brandishing his Nectar card, and was making a point of not being able to get it to register. Deliberately blocking the bar-code with his thumb he was delighting in the thing not working. One day I am going to say something to these half-wits that seem to plague my life.

Eventually, armed with far more doughnuts than sense I got to work where I was rather popular. I did my bit, and half-way through the day er indoors TM” sent a message. Had I seen the garden waste bin recently?

Some pikey has stolen our garden waste bin. Bearing in mind that the bin men have a list of who pays extra for garden waste recycling, just having the bin is no good as the bin men will only take the bins that are on their list - and they can be serious jobsworths when they want to be.

With my bit done I came home to a very interesting smell emanating from a parcel. Tracey, Karl and the girls had sent me a rather good chocolate brownie as a birthday pressie. At the rate I’m scoffing I don’t think any of it will last until Sunday.

W scoffed some of it whilst watching a film. “Songbird” was set a few years into the future following the ongoing pandemic having taken a serious turn for the worse. If any of my loyal readers are considering watching it, I’ll just make the observation that watching paint dry is marginally more entertaining…

And, in closing, it has been two days since Fudge has brought up everything he’s eaten. Having been *very* sick for a week, he seems to be keeping his food down now, which is something of a result…