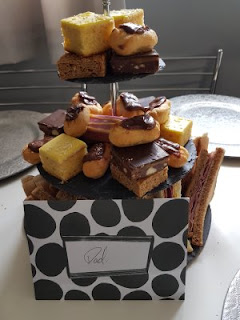 I was woken by the sound of Sid barking; I came downstairs to find a sea of turds. He got chivvied into the garden to do his tiddle, then I tried to go back to bed only to find that Fudge had been sick.

I gave up any thoughts of sleep, and made myself some toast, and had a rather self-pitying brekkie. Ever since I’ve had my own phone (1985) mum has phoned me at half past seven on my birthday. Obviously she didn’t today. And opening the birthday card she’d written for me before she died was rather upsetting too.

Feeling rather sorry for myself I peered into the Internet. There was a squabble kicking off on one of the local Facebook groups. I must admit if I was looking to move to Ashford, reading any of the local Facebook groups would put me right off of the idea. You’ve never seen such a nasty backbiting petty group of people as those who lurk in that small corner of cyberspace. This morning someone was complaining that a local bus had nearly run him off the road. Had anyone witnessed the incident? No one had, but that didn’t stop anyone offering their opinion that whoever had posted was wrong purely so they would have someone with whom they might argue.

Mind you it isn’t just Ashford that has this. There was a lot of grumbling in the Hastings Old Town Facebook group about the demise of the farmer’s market that used to take place in Hastings Old Town; mostly from those who seem to delight in paying far too much money. Several people seemed to think there was some merit in buying one meal from the farmer’s market when for the same price you could eat all week if you shopped in Tesco. There was some particularly vocal chap who felt that his marmalade (at three pounds per jar) was far better value that that which Sainsburys sell for twenty-seven pence.

Pausing only briefly to cap the several birthday card Munzees which had appeared (virtually) outside the house overnight I set off on today’s mission. Collect a flat-packed wardrobe and deliver it to “Daddy’s Little Angel TM”. How easy to type those words…

I almost fell at the first hurdle by turning up to collect from the wrong address, but I eventually got to the right place. I was naively expecting the flat-packed wardrobe to be flat-packed, *not* a pile of loose wardrobe ingredients, but such is life.

I won’t say that the wardrobe bits were too big to fit into the car as they did fit. But it was close. Maybe half an inch (literally half an inch) to spare.

I took my time driving to Folkestone; there was a worrying cracking sound at one point. It later turned out that was my plastic box of car stuff that didn’t survive the weight of the wardrobe fragments on it.

I arrived where I was supposed to be, pulled up on double yellow lines and wondered if I was where I was supposed to be. There was a dog in the window of one of the flats. I didn’t think dogs were allowed in those flats. It turns out that they aren’t; this dog is being kept a secret from the landlord. Personally if I was keeping a dog a secret I wouldn’t let it parade around a first-floor window, but what do I know?

“Daddy’s Little Angel TM” appeared at the door; wildly enthusiastic about having a wardrobe… until she saw the size of the bits. She hadn’t realised just how humungous it was. We unloaded the bits, moved the car to somewhere legal to park, and then did one of those things which is so easy to type but so hard to do; we moved the bits up to her second floor flat. I nearly dropped only one of the glass doors down two flights of stairs, and I think I deserved the cuppa I got given.

I left her with the wardrobe fragments. I’m not sure if there were any instructions, but (quite frankly) that’s not my problem. I’ve told her she can either assemble the thing or have the council take the bits to the tip.

Having washed my hands (figuratively and literally) of her furniture I came home, had a shower, and then got on with the business of the day. February isn’t the best time of year to have a birthday at the best of times. Add on a lock-down and a recent bereavement and you might understand why my hopes for the day hadn’t been high. But er indoors TM” and Cheryl sorted out afternoon tea for me. Far too many sandwiches, scones with jam and cream, far too much cake, and then far too much cheese…

er indoors TM” bought me a dozen strawberry daiquiris as a pressie. I might just have one in a moment…