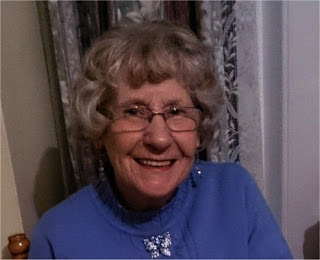 I slept well until  just after one o’clock when an alliance of three dogs and “er indoors TM” captured the duvet. But this time  wasn’t having any of it. I leapt up, yanked the thing three feet in my direction, pushed the dogs back on to “er indoors TM” and went back to sleep. I don’t think any of them noticed.

I didn’t sleep that well after that though.

I got up and did another COVID test. I do one for work every four days, and I’ve done one every time I went to the hospice. A bit excessive? Actually it’s a bit wasteful, but there it is. I watched an episode of “Superstore” until I tested negative, then peered into the Internet where there wasn’t an awful lot happening. The pornmonger who’d sent me a friend request was still in business. I sent out three birthday messages, then had  little look at my emails. A few days ago I tweeked the blog settings to make commenting on blog posts somewhat easier. This morning I had comments on blog posts from 2014 trying to advertise home security, a comment (on something I wrote in 2018) which was trying to sell Viagra, and a comment on a blog post from last year which was advocating a most unmoral (and unhygienic) activity. (The comment – not my blog post).

I set off for work. As I drove the pundits on the radio were spouting their usual band of drivel. None of it registered with me – I was far more interested in watching the trailer on the car in front of me. The stand had fallen down ad was dragging on the ground and sending up some rather impressive sparks.

Just as I got to work for the early shift, so my mobile rang. It was my brother – the time had come – I had to get to the hospice right away. I quickly told the boss I wouldn’t be in today and drove down to Hastings.

I spent a few minutes saying goodbye to mum, had a cuppa with my brother and dad… and the rest of the day was something of a blur…
Posted by Manky Badger at 8:54 pm