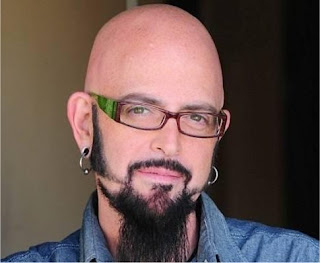 Last night I had a stroke of genius. When “er indoors TM” and the dogs come to bed I get shoved over and spend the night hanging on the edge of the bed. So I had a plan. If I started in the middle of the bed, when they all came up I would get shoved into the bit where I usually start off in. So I went to kip square in the middle of the bed, and sure enough had a rather good night, finally waking about where I intended to be (i.e. not hanging off the edge and with some of the duvet).

Cheered by this minor victory I got up and had something of a double-result when I discovered that I had a turd-free downstairs. I made myself a celebratory bowl of granola and scoffed it as I watched another episode of "Superstore" before getting ready for work.

Today was rather foggy and rather cold. Eventually I found where I'd left the car, and set off up the motorway to work. As I drove the pundits on the radio were reviewing what had happened in Parliament yesterday. It sounded to me as though the nation's leaders had done nothing but petty bickering all day yesterday. Surely there must be a better way to run the country than electing vacuous windbags to bandy insults with each other?

Mind you judging by the (so-called) expert comments it would seem that the new Labour leader Sir Kiers Starmer is held in almost as much contempt as his predecessor Mr Corbyn was. Another tiumph for socialism, eh?

There was also talk about the United Kingdom's border with the European Union in Northern Ireland. Discussions are still ongoing, and still failing to come to any decision... much as we all knew they would many years ago.

I got to work for the early shift, had a reversed ratio sort of day, and being on the early shift I was able to get home before dark. We had a cuppa and a Whitby bun, and with “er indoors TM” off out on an errand I did a little more Lego sorting until she came home with an armful of KFC. You can’t go wrong with KFC… We scoffed it whilst watching “Junior Bake Off” and “My Cat From Hell” which is a show about various people with cats from hell. It is presented by someone who claims to be called “Jackson Galaxy”, but Wikipedia says is actually called Richard Kirschner.

Today was a tad dull too…
Posted by Manky Badger at 10:26 pm