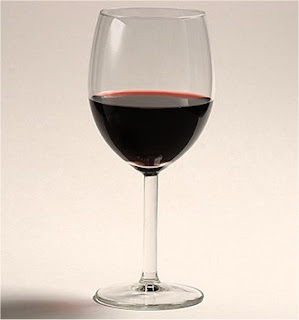 I can't remember the last time I overslept; but I would oversleep on the morning when I had so much to do. I scoffed toast, skipped dog walk (it was too cold for them anyway) and headed off to Hastings.

As I drove along the A259 the pundits on the radio were doing a thought experiment. If you were to take all the COVID-19 particles in the world and stick them in one place, how much volume would they take up? A swimming pool full? Twenty football stadiums full? The thought experiment considered how many people are infected with the virus at any one time (lots), and how many viruses they would have in them (lots). It considered animal vectors and viruses laying about here and there. It then considered how big the average virus is (not very) and put all the numbers together. Estimates the volume taken up by all the world's COVID-19 viruses ranged from about half a glass of wine to a full can of coca-cola.

Makes you think, doesn't it? I would have thought it would have been far bigger than that.

Despite the slow-moving lorries I got to the hospice with a minute to spare. Today I had to have a COVID-19 test before being allowed in to see mum. The woman testing me was using me as a demonstration for her colleagues. I didn't mind really; it was only a shame that they couldn't have believed the result of the exact same test that I did yesterday. I'm not complaining about them in any way, but I will make the observation that the people there have had completely different COVID-19 protocols every time I've visited.

I got tested, I sat and waited for half an hour to be told that I had tested negative, then I got to see mum. She was far more lucid than the last time I saw her, but was very miserable (as you would expect). She is laying in a bed in a hospice, pretty much on her own, waiting to die. There should be a law *against* it rather than a law *for* it (as there currently is).

I stayed with her for half an hour, then set off work-wards. I stopped off in Cranbrook to visit the bank. There wasn't a branch of my bank in Cranbrook, even though Google would have me believe there was.

Since I was running short of time I thought I might get a hot pie for lunch from the bakery in Cranbrook. When I'd driven past the place ten minutes previously I'd seen quite a queue outside  the bakery. As I walked up, the chap who had been at the head of the queue as I drove past was still at the head of the queue. In a rather pissed-off tone of voice the chap loudly explained to me that the shop was operating a one-in-one-out policy, and the old bat in the shop was a notorious local gossip. He then he opened the shop's door and shouted that she would be in the shop gossiping for at least another half an hour.

I left them to enjoy the squabble that ensued.

I got back to the car park, went to drive my car away, and went nowhere. I tried again. After fifteen minutes I persuaded a passer-by to help push my car off of the sheet ice on which I had got stuck.

I then got stuck behind a tractor pulling hay bales seemingly at walking pace. This tractor effectively blocked my way all the way from Cranbrook to the traffic jam just south of Maidstone.

Up to this point I'd had a relatively good journey. Apart from an iffy fifteen minutes in an icy Cranbrook car park the roads had been clear and the day had been bright and sunny. But just as I hit the traffic jam in Maidstone (a few miles away from and leading up to a lane closure in the town centre) so the snow stared to fall. In five minutes the weather went from a bright crisp day to utter blizzard.

I got to work with less than a minute to spare, and started the late shift feeling as though I had done a full day already. Within minutes I heard that a colleague who also lives in Ashford had been stuck on the motorway for four hours following a three-lorry-crash. I'd got to work via Hastings and so hadn't gone anywhere near the motorway this morning, and then spent the next eight hours worrying about how (or if) I would get home.

The motorway was open – if a tad icy in parts. I got home about fourteen hours after I first set out this morning. It has been a tiring day…