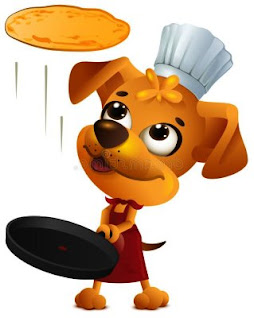 It seemed that I spent much of the night fighting for duvet, but I still managed eight hours in my pit. I woke up with something of a pain in my right knee. My right knee has been playing up for a little while now. I suspect that I am just too heavy for it, and I suppose I really should start the old diet game again. But (quite frankly) I’m fed up with diets. Over the years I’ve done the lot. Low carbs, Atkins, five-and-two, watching the sins, massive amounts of exercise, no farting on a Thursday… You name the diet, I’ve tried it. They may work for other people, but for me the only way to achieve weight loss is to strictly watch what I eat and record all of the calorie content; all the time remembering that my cake hole is bigger than my “other” hole. I’ve lost massive amounts of weight before, and every time I have done so whilst being constantly hungry.

I set the washing machine loose on some laundry, then made brekkie and a sandwich. Yesterday I wasted far too long trying to find where “er indoors TM” had hidden my sandwich box. This morning I found it where I’d left it on Friday.. As I scoffed toast I peered into the Internet to see what had happened overnight. There wasn’t much happening today, which was probably for the best.

“er indoors TM” distracted Pogo; I hurried  Fudge and Treacle out of the house. They both had appointments at the vet. Fudge was going in for the day for blood pressure monitoring; Treacle just had her annual boosters. We arrived and got on the scales; Fudge had lost more weight whilst Treacle was officially a “lump”. Treacle got a one-over and the thumbs-up from the vet, and was as good as gold as she got injected. Fudge wasn’t overly impressed at being left there for the day.

Once home I popped to the corner shop to get a sandwich for later, then phoned Dad to see how things were going. Mum is as well as can be expected in the hospice; Dad is struggling somewhat as his boiler “went” overnight. He woke to find the house awash with the ceiling hanging, telly flooded and the carpets ruined. Fortunately my brother was on hand to help; by the time I found out, all was as sorted as could be.

Pausing only briefly to deploy a Munzee I set off to work. the pundits on the radio were broadcasting some rather depressing drivel about deaths in the family, so I turned it off and sang along to my choice of rather iffy music. Mind you doing that is becoming rather problematical these days as the slightest bump in the road upsets the car's MP3 player.

I got to work and had a rather better day than yesterday.

He's currently at stage two kidney disease which isn't as bad as it might be... really

I came home to pancakes for dinner. Apparently today is “Candlemas” and you scoff pancakes on Candlemas. And we discovered that dogs particularly like pancakes.

One lives and learns…
Posted by Manky Badger at 10:44 pm