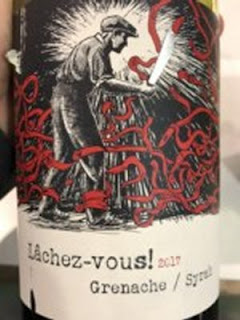 I dozed until six o’clock when I got up, and once I’d gathered Sid’s turds I set the washing machine loose on my undercrackers and had brekkie. As I scoffed I watched an episode of “Superstore” which was rather entertaining, then I sparked up the lap-top. This morning was the start of the February Munzee clan war, so I did a little Munzing from the sofa before seeing what was occurring elsewhere in cyberspace. There wasn’t much going on today, so I turned off the lap-top, set my pants tumble-drying and got ready for work.

As I drove through torrential rain the pundits on the radio were remarking on how the bad weather was restricted to the north of the country today. Sometimes I wonder if BBC weather forecasters might benefit from sticking their heads out of the window from time to time.

Not having heard the morning news for a week I did wonder if I'd missed anything. It would seem that pretty much nothing at all had happened over the last seven days. Speculation still abounds about the COVID-19 pandemic. Are the vaccines working better than predicted? Do they work against the new strains? One of the idiot presenters was talking with some expert or other, and he seemed to be implying that mutation of viral strains was something that the experts were creating themselves. Are these presenters really​ as ignorant on scientific matters as they appear to be?

There was a lot being said about the recent death of Captain Sir Tom Moore who sprung to fame last year having raised so much money for the NHS. Everyone was singing the praises of the fellow. I know I'm in the minority here, but I'm not sure he did the right thing. The chap had the best of intentions when he tried to raise money for the NHS, but is raising money for the NHS a good thing to do? All the time the public are raising the funds, no government of any political party is ever going to fund anything properly, are they? Take the hospice where my mum is currently staying. Only thirty-two per cent of their money is paid by the government; they are dependent on voluntary contributions for two thirds of their income. And we think nothing of paying for fundraisers for text books for schools, do we?

When did we last have a sponsored walk or a jumble sale to buy a new battleship for the navy? I can't help but think about the goat sanctuary. Entirely dependent on public contribution they seriously faced closure during the first lockdown when voluntary subscriptions and contributions and assorted hand-outs dried up.

Do we really want public services to be so precariously funded?

I got to work where we had a rather busy day. It has to be said that I'm getting a tad fed up with those. But on the plus side we had a rather good bit of dinner which we washed down with a bottle of red wine…