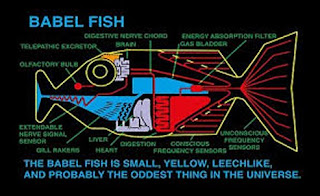 I slept like a log last night – yesterday had been rather stressful. I watched a little telly as I scoffed brekkie, and then had a little look at the Internet

Yesterday evening “er indoors TM” posted on Facebook to tell the world about mum’s passing. Isn’t this a sign of our times in that after having told immediate family, a general announcement of this sort is made over Facebook. Is this good or bad? Personally I think it’s a good thing – social media keeps us all in touch; even if only to tell us how many of us are left.

Overnight over a hundred people had reacted to er indoors TM”’s post and over eighty had made kind comments. And I lost count of people who had sent me messages yesterday. But peering into cyberspace it was clear that the world had kept on turning. No matter what the subject (writing science-fiction, drinking beer, walking dogs, making Lego cities), squabbles abounded.

And realising that the world would keep on turning I got ready for work.

I set off to work and listened to the radio. A day or so ago the pundits on the radio were interviewing someone or other who was adamant that the various COVID-19 vaccines were making a measurable difference to the progress of the pandemic. Today they were interviewing someone who was equally adamant that it was too early to tell. I wish they'd get their story straight.

There was also an interview with the shadow chancellor of the exchequer Annalise Dodds. She was being asked about the (relatively) new labour leader Sir Kier Starmer. Having had a few months to settle into the job he's pretty much done nothing, and today he was  supposedly making a speech which would (according to reports) be all fart and no turd (much like me, really).  The Labour party are at best a disappointment, aren't they? You would think that having a Prime Minister who is clearly making it all up as he goes along during arguably the worst crisis the nation has faced since the last world war would be a godsend to the opposition parties, wouldn't you? But the Labour party offer no practical alternatives at all, do they? "Vote for me - I'm (probably) not as bad as him" is hardly a sound policy for a better Britain, is it?

There was also talk of  Keith Hann who until recently had been the PR chief of the supermarket chain Iceland. He'd been sacked when he described the Welsh language as "incomprehensible" and "gibberish". Perhaps a bit tactless? However in his defence I'll just make the observation that I have only ever heard welsh being spoken "for real" once. It was at the Ogof Ffynnon Ddu caves near Swansea during a family holiday twenty-two years ago. Some chap was talking in Welsh to two small children, the eldest of which replied to him "Please don't talk in Welsh Granddad, no one understands you".

I can't help but wonder if the days of having seven thousand languages in the world have long passed.  Surely there is something to be said for having everyone speaking the same language and being mutually comprehensible. But then again, as Douglas Adams  once wrote  "… effectively removing all barriers to communication between different races and cultures has caused more and bloodier wars than anything else in the history of creation."

I got to work where the bosses were surprised to see me. But (as I said to them) I'd rather be at work where I could keep active. And I did keep active on what turned out to be a rather busy day.

With work done I came home and tuned into the weekly geo-Zoom meeting. It wasn’t that well supported. The physical actual geo-meets used to work because they only happened once a month. Having weekly on-line meetings is possibly too much.

er indoors TM” sorted out fish and chips which we scoffed whilst watching the second episode of Extraordinary Escapes with Sandi Toksvig. In this episode Ms Toksvig stayed in some rather good holiday houses in Benenden, the isle of Sheppey and on Camber Sands. The place in Benenden looked vaguely familiar, and I’ve a vague plan for a family and friends weekend at the place at Camber Sands.

This was followed by the first episode of the Great British Dig in which Hugh Dennis oversaw the digging-up of a housing estate, and pretended that manky bits of broken pot were actually archaeological artefacts. One rather shabby bit of coal was passed off as a Roman coin.

I’m off to bed now – I’ve an early start tomorrow. I’ve again lost count of the kind messages I’ve had from friends today.