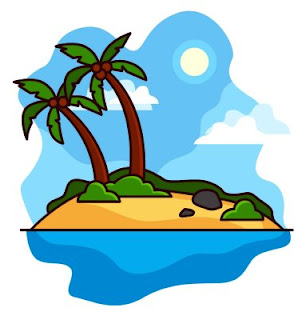 I slept well, got up and cleared Sid’s turds. There didn’t seem to be that many this morning. A few minutes later Pogo came down and sniffed out the rest of them. He’s good at that . He’s even better in that having found them he just alternately looks at them and looks at me. Other dogs might try to eat them. Dogs can be foul creatures.

I made toast, peered into the Internet and (apart from one friend having had a birthday) absolutely nothing had happened in cyberspace overnight.

I took the dogs round the block for a walk. Pogo nearly had me over in the ice once or twice, and there was an iffy moment when some half-wit (and his dog) just blundered straight out of his front gate into us. You would have thought he would have taken a moment so see if anyone was coming, wouldn’t you? You really could see the chap suddenly wake up as Pogo started shouting at his dog. I did a brisk left turn, announced “fuksake!” and dragged the dogs to the other side of the road.

There are so many people like this chap though; they really are walking round in a daze.

We didn’t walk far; it was too cold. I brought the dogs home, settled the and set off to Hastings. As I drove, “Desert Island Discs” was on the radio. Today’s castaway was George McGavin, To my shame I’d never heard of him; he is an entomologist, author, academic, television presenter and explorer. As I listened to him he seemed really interesting; he’d led the sort of life so many of us might have liked to have led. And then he let himself down as he introduced his eight music choices. Bagpipe music, classical dirges, and operatic howling. Does anyone *really* like opera? Really?

This was followed by “Woman’s Hour”. The program started off with talk about systemic racism in the NHS. Having never seen any racism in the NHS at all I was rather intrigued by this, but after two minutes my piss boiled when it was made clear that all the faults of the world are down to white men in general and (so it seemed) me in particular.

I turned the radio off and sang along to my “Ivor Biggun” CD, and pondered on what my eight desert island discs might be.

I soon got to the hospice and had yet another COVID-19 test. I again tested negative and went in to see mum. She seemed far more alert than she has been; I helped her with her lunch as she couldn’t manage. Having to do so was perhaps one of the most upsetting things I have ever done, but I didn’t let her see that.

After she’d had lunch she dozed off, and I slipped out. Dad and brother were in the lobby, and I spent a few minutes with Dad as my brother went in to see mum, then put the world to rights with my brother as Dad went in.

I drove home still singing along to “Ivor Biggun”; but much as I like him, he didn’t make the final cut of my desert island discs. Once home I spent a few minutes sorting Lego, then actually came up with my desert island discs, I’ve listed my choices here, but I suspect they will change with annoying regularity.

“er indoors TM” sorted out fish and chips which we scoffed whilst watching the first episode of “Extraordinary Escapes with Sandi Toksvig”. In this episode Sandi Toksvig and Alison Steadman stayed in some rather impressive holiday homes in Suffolk including a Martello Tower, a moated cottage, and a priory. The show was rather good – well worth watching on catch-up.

I didn’t realise that Alison Steadman played both Gavin’s mum in “Gavin and Stacey” an the hysterical Mrs Bennett in “Pride and Prejudice”. I shall have to watch both again…
Posted by Manky Badger at 9:28 pm