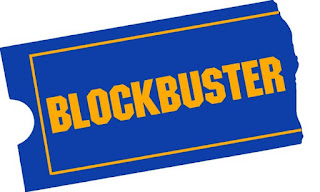 I slept like a log last night, finally woken by a rather vivid dream of lightning in the bedroom… “er indoors TM” was taking photographs of sleeping dogs.

Over brekkie I peered into the Internet as I do, wondering if I had missed much overnight. I rarely ever do, but one day there will be something monumental that happened whilst I slept. It wasn’t last night.

Firefox (the internet browser) had updated itself and despite its proud boasts was exactly the same as it had ever been. As was the Internet. There was pretty much nothing of note on Facebook, but for some reason there was another glut of “Thank You NHS” posts. I wish people wouldn’t post these twee memes. You don’t thank a bus driver for not crashing, do you. If people *really* want to thank the NHS why do they not write to their MP? People might suggest that the pay of the average NHS worker be such that after six years of formal study they don’t get far less than a train driver who has done three months training?

I had a message from the Hop Fuzz brewery inviting me to their on-line beer tasing event. The idea is that you sign up to the event, they send you the beers and samples of some of the ingredients, and you then join in their Zoom meeting in a couple of weeks’ time. You can see the details here. I was all for it until I saw the price. Thirty quid!!! For three pints!!! I told them that was a bit steep.

And Netflix told me they are putting their prices up too. They can go whistle; I will get Netflix free with my Sky-Q box… whenever coronageddon allows the thing to be installed.

I took the dogs for a little walk round the block. I did consider the woods or the park but there had been heavy rain overnight and they would have been rather muddy. I suppose had I been thinking we could have walked at Great Chart, but I wasn’t thinking. We walked up the road and followed the river home just like we did yesterday.

I came home to a message from the Hop Fuzz Brewery. I think I’d upset them when I’d commented on the advert that they had put on my Facebook feed. They pointed out that the bottles of beer weren’t pint bottles, they were 500ml bottles, and they whinged on about the cost of packaging, cost of pint glasses, cost of Zoom accounts, blah blah blah. So for reasons of accuracy I feel I should correct what I ranted a few lines ago. Thirty quid!!! For just over two and a half pints!!! Mind you this got me thinking… in years gone by next weekend would be one of the highlights of the year – Dover Beer Festival at which we would scale heights of drunkenness which would make your hair curl (if you had any). I wonder if we could stage an on-line beer festival. It would be easy enough to come up with a few ales available in any supermarket. I wonder if there would be any interest?

Rain had not been forecast for today, so I was rather disappointed to be walking through a monsoon to get to my car. I drove out to Argos to collect some shelving; I have a little project in mind for the weekend.

I then headed west. As I drove to Tunbridge Wells the pundits on the radio were interviewing the head honcho at Netflix. The chap was rather interesting - apparently he had tried to go into partnership with the people who ran Blockbuster Video when he first started. They didn't want to know. Who's laughing now?

The chap was saying he has a very relaxed attitude to running Netflix; take staff leave for example. Staff don't have fixed amounts of annual leave like most workplaces; they just take off as must as they want or need. Personally if I had that sort of arrangement I would take the piss, but that is just me. isn't it?

I stopped off at the Tesco in Pembury to get a sandwich for lunch. As I tried to go into the place I couldn't help but see some old biddy at one of the now ubiquitous hand sanitising stations that are everywhere. This woman has put a good dollop of hand sanitising gel onto her woollen gloves and was wondering why she was just getting into a mess.

I didn't actually point and laugh. I know that the buzzword of the day is "be kind" but some people do make it difficult…
Posted by Manky Badger at 11:27 pm