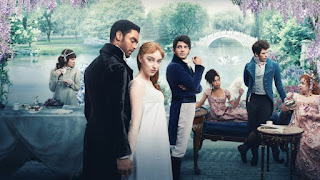 As I scoffed my bowl of granola I watched an episode of “The Office” in which our heroes were pondering which was worse – a weasel-faced arse or an arse-faced weasel.

I then sparked up my lap-top for a quick look-see at the Internet. Once it finally got itself going I saw a post on Facebook about an ex-teacher from my old school who had died. People who hadn’t cared for the bloke at the time and who hadn’t given him a second thought in forty years were all crying crocodile tears about the fellow.

There was also an anti-vaccination squabble kicking off on one of the work-related Facebook groups I follow. It does make me laugh – people following Facebook groups about geocaching, dogs, fishing, Sparks, Laurel and Hardy, and Lego are all unanimously for the coronavirus vaccine. The only dissent comes from a biomedical group full of people who really should know better.

I saw I had an email from Limakshi from the power company. I had hoped she had some news about our ongoing issue with the smart meter which still resists all attempts to read it. But no… she was just  telling me that she was still unable to contact the smart meter department. Can one department of the power company *really* be unable to contact another?

And LinkedIn had sent me an email to tell me that someone I have never met (and probably never will) has got a new job (with an utterly meaningless title).

I left home about twenty minutes earlier than I might normally have done. I needed to walk up to the park gates to get my car this morning. As I walked it was cold, but I was grateful that it wasn't raining. I capped a couple of virtual snowballs as I went (it's a Munzee thing), and it wasn't *that* long before I found my car.

As I drove to work the pundits on the radio were talking to the founder of Wikipedia. Can you believe that today is the twentieth anniversary of the launch of the on-line encyclopaedia?

There was also a lot of talk about free school dinners. There is something of a scandal in how little the kids get given to eat compared with how much the government spends out on them. Someone somewhere is making a fast buck out of the deal, but for me the amazing thing is that anyone is surprised by this. Surely the whole idea of privatizing a public service is so that someone can make a profit out of it.

I got to work where I had a rather busy day. And (in a novel break with tradition) there was no cake. Mind you there was biscuits though, so the day wasn't entirely a bad one.

"er indoors TM" boiled up fish and chips, and as we scoffed it we watched the last episode of “Bridgerton”. I hear there’s to be a second season…  It was entertaining enough, but (call me a puritan if you will) but a few more heaving bosoms and a few less unfettered jugs might be better.