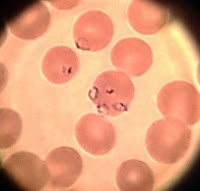 Again I didn't really sleep very well last night; again giving up and getting up just after five o'clock. I came downstairs to find Sid was still snoring, and I took care to make sure he stayed asleep.

Yesterday I'd got some blueberry hot cross buns from the branch of Marks & Spencer at work, and I had a couple for my brekkie. I am usually disappointed by Marks & Spencer's stuff, and this morning's brekkie was no exception. I blame the advertising. Billing something as super-duper-top-of-the-range gives you expectations. If they just touted it as "blueberry hot cross buns" I would probably have been happy with them, but when you are presented with something advertised as the best thing in the history of the universe you expect slightly better than "average".

As I scoffed my average brekkie I watched another episode of "The Office", then had a little look at the Internet.

Truly stupid people were ranting on the local Facebook pages. One woman was convinced that COVID-19 was all a hoax because her mate had followed all the rules and still caught it. Amazingly she had used this logic to convince quite a few other simpletons. In a perfect world I would have a patronising little laugh at the thickies, but these people are allowed to vote and do jury service, you know.

Surely local Facebook groups are indisputable evidence of the utter failure of our education system?

I was pleasantly surprised to see there was no ice on my car, and I set off to work. As I drove the pundits on the radio were talking about how Donald Trump has had his social media accounts frozen, and consternation was being expressed that the social media companies have the power to do this. Apparently silencing someone in this way sets a dangerous precedent (!)

I found myself wondering what planet these people were on. The social media companies aren't "social" at all - they are privately run companies with their own rules. We don't have a right to a Facebook account. We are allowed one *if* we play by their rules, and if we flagrantly flout those rules then we get our plugs pulled.

I got to work where we had a rather exciting day… if intracellular parasites excite you. They do it for me… all the time they are in someone else’s cells. And with work done I came home.

On the way to work I’d driven along the fifteen miles of dual carriageway which was once a motorway. All the way I’d driven at fifty miles per hour (which is the speed limit), and all the way I’d had a huge lorry just a few feet behind constantly flashing his lights in an attempt to force me to go faster even though there was a queue of cars going at the same speed in front of me. On the way home I had exactly the same happening.

"er indoors TM" boiled up a very good bit of dinner which we scoffed whilst watching two more episodes of “Bridgerton”. The plot is beginning to liven up…