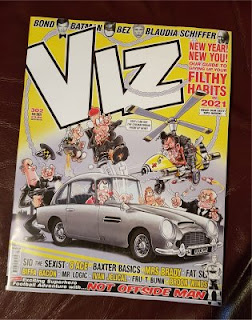 With no alarm set I slept like a log. It was only a shame to come downstairs to a floor full of turds. On seeing me Sid immediately went frantic, demanding to be let outside. As I fumbled with the key so he got more and more agitated. I opened the door, he saw the rain and immediately went back toward his bed. I wasn’t having that and took him outside. If I go out with him, he goes. He did a gallon of tiddle.

I made toast and peered into a rather dull internet. There was a half-hearted argument on one of the Lego groups. Some chap was demanding that the only way to make a Lego town was to plan the whole thing out on a computer-aided-design program. Others were saying that that made it up as they went along, and the CAD advocate was getting worked up about that. I suppose that as long as people enjoy it, either way is right? Me – I rely on the voices in my head to tell me what goes where, and it changes all the time as the voices change their minds.

Seeing how the rain had abated to a mild drizzle I took the dogs out to Great Chart. As I drove there was a feature on the radio about how law-abiding people are complying with the lockdown rules. There was an interview with a rather annoying woman who was ranting about how she has been furloughed and her parents cannot child-mind (because of lockdown rules). This rather stupid woman was rather angrily demanding to know how she is supposed to deal with two small children when she isn’t a trained nursery teacher. Now I know my views are very outdated but why have children if you don’t want to actually have them?

We got to Great Chart and saw a woman walking through the very spot where we usually park. As I slowed down so she stopped and grinned at me. After a couple of minutes of her grimacing like a loon I wound down the window and explained that she was standing exactly where I was trying to park the car. She reacted as though she’d not seen the car, and jumped out of the way as though I was about to run her over.

Why do I attract these loonies?

We walked from the cricket pitch up to the railway and back again. I would have gone further, but there is a gate at the railway line which I have to open for the dogs. Quite frankly I got so fed up waiting for Fudge that I cut the walk short. Treacle and Pogo keep up with me, but Fudge dithers and bimbles and then having taken ten minutes to walk forward five yards he will then sprint a hundred yards back the way we’ve come from.

I took the dogs home, and as "er indoors TM" gave them their brekkie I set off to Hastings to visit mum. She came out of hospital a couple of days ago. She was in bed but seemed in good spirits. She’s turned down a space in the hospice (for now), and this afternoon a hospital bed was being delivered and assembled in the front room which should make things easier for her.

I left just as the district nurse was about to do her thing.

I came home to find the postman had been. The new “Viz” had arrived, and so I took it to the toilet to read it.

I then scoffed the last blueberry hot cross bun, and made this year’s birthday video and posed it to You-Tube. Whenever Facebook tells me that someone is having a birthday I send them a link to a little birthday video. I try to make a new one every January, and (if I remember) my nephew will be the first recipient of this one tomorrow.

I then worked on my Atlas of Haematology until the washing machine finished, then I ironed some shirs whilst watching episodes of “Four In A Bed” whilst my undercrackers tumble-dried. And once the tumble drier finished I carried on Atlas-ing. I’ve got about half of it into the new format now. I need to beef it all up a bit (lot) though…

"er indoors TM" boiled up a rather good bit of scran which we scoffed whilst watching an episode of “Bridgerton” in which the dirty deed was finally done. It was only a shame that there is no one to take a moral stance here…