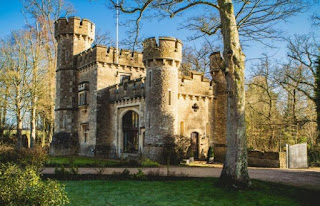 Another good night’s sleep, finally waking when "Daddy’s Little Angel TM" phoned shortly after nine o’clock. I got up and made some toast to scoff whilst peering into the Internet. It was much the same as it ever was.

I downloaded bank statements, and saw that my credit card statement was also available. For years the bank would send me a credit card statement on the same day of every month. Nowadays it is randomly generated some time toward the end of the month, and as you can imagine it is rather difficult to organise finances when you have no idea when the credit card statement is coming. I thought I might see if I could talk to the bank about this and had an attempt at an on-line chat with the bank.

I eventually got connected to Rhodora who asked for a few minutes to pull up my account details. Now I don’t work in banking so I don’t know, but how long does it take to pull up account details? It actually took her eight minutes to do this, but it seemed an absolute age as I was waiting. Rhodora gave me a list of dates on which statements will be produced this year, which is what I wanted. It was only a shame that the bank couldn’t have done this years ago (like I have asked them many times).

"Daddy’s Little Angel TM" came to visit. Whilst she shouted at "er indoors TM" I took Fudge out for a walk. We walked out to Hythe Road and back via a geocache I’d hidden some years ago. I’d had a report that it had gone missing so I thought I’d have a little look-see. Sure enough it was gone.

We walked home through hail and sleet.

Once home I had a look at the household accounts. Whilst I am far better off than I was a few short years ago, I am still nowhere near as wealthy as I would like to be… or I might have been. The other day I Googled the job of an old school friend of mine. One of the boys who walked to school with me every day is now earning (about) ten times that which I am earning. Mind you one of the others with whom I walked to school is now in Sweden and another is a vicar,  so I suppose I got off lightly.

I spent another hour working on my Atlas of Haematology updating the sections on beta thalassaemia and mitotic figures… mainly because there is nothing else to do during lockdown.

As I so often do these days I spent a couple of hours this afternoon engrossed in “Four in a Bed”. Today’s competition saw two bed and breakfasts, a pub with rooms, and a castle. The castle was an eye-opener. Bath Lodge Castle was supposedly run by a couple. The wife of the pair claimed to do all of the work whilst the husband said that his role was to engage in conversation with those guests who interested him (!) When their castle played hosts to the other contestants, this chap sat down to breakfast with the other contestants whilst the staff did all the work. This fellow was an odd chap; I’m sure he was putting on an act as he made a point of treating everyone else as though they were the shit on his shoe.

I looked this place up on Google reviews. Scoring rather badly (an average score of two point seven out of five), it seemed that most people judging the place had done so on its abysmal appearance on  “Four in a Bed”. Hardly anyone had actually been to the place. So I had a look on TripAdvisor where they only accept reviews from people who’ve been there. There were far fewer reviews there, but those people who’ve been there would seem to score them lower than people who’ve only seen the place on the telly, with their guests only giving them an average score of one out of five.

If they weren’t charging over two hundred quid a night I’d be inclined to go have a look for myself.

"er indoors TM" boiled up a very good bit of dinner which we scoffed whilst watching another episode of “Junior Bake Off”, then we tuned in to the Sunday night Zoom meet.

These locked down days are incredibly dull…