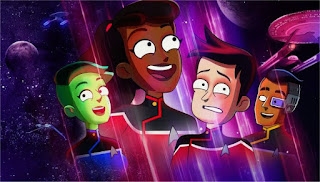 Treacle stomped about the bed quite a bit last night, but compared to her previous antics she didn't disturb me much. I was far more disturbed by a particularly vivid dream in which the Queen and Prince Philip had somehow become my best mates and were encouraging me into all sorts of breaches of lockdown law since if anyone challenged us, the Queen could simply shout "Off with his head".
It was with a sense of relief that I woke quarter of an hour before the alarm was set to go off.
I put on an episode of "The Office", scoffed a bowl of granola and sorted tumble-dried undercrackers whilst I calmed down.

Pausing only briefly to scrape the ice from my car (there was a lot to scrape today) I was soon on my way west-wards to Pembury. Today was far colder than yesterday - I managed to skid on the icy road once. Not much of a skid really, but enough to make me sit up and take notice.

As I drove the pundits on the radio were talking about how the United Kingdom has wasted no time at all in picking a fight with the European Union. The UK is refusing to grant full ambassadorial status to the ambassador from the EU. The Foreign Office is taking the line that he is not an ambassador of a foreign country; he is the representative of an international organisation. It is a shame that the United Kingdom is the only country in the world to take this stance, but there it is.

Arguably in a tit-for-tat way, Germany has asked permission from Argentina (*not* the UK) for one of its ships to dock at Port Stanley and for two of its planes to fly over the Falkland Islands, thereby recognising the Falklands as Argentinian and not British.

We all knew that this sort of thing would happen. Didn't we?

I got to work. Yesterday's early shift was rather easy; today's not so. I'd identified a new anti-Kp(a) before the day staff came in (something which exceeded the expectations of even my most staunch supporters) and went on to find Dohle bodies at lunch time.

But on the plus side we had cake.

I did that which I couldn’t avoid, and came home via the petrol station. The price of that stuff has gone up recently(!)
Once home I wrote up a little CPD, then "er indoors TM" got KFC and we watched a few episodes of “Star Trek: Lower Decks” which aired on Amazon Prime today. It’s a cartoon show. I watched it fully expecting to hate it; we watched four episodes. It wasn’t bad at all. Probably the best Star Trek show to have been produced in the last twenty years. It’s streets ahead of Star Trek: Discovery and Star Trek: Picard. Which is such a shame for the franchise…