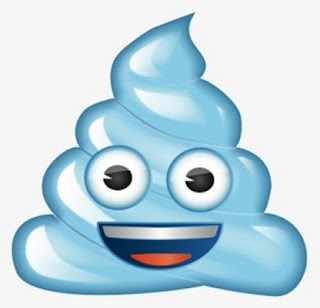 I slept for twelve hours last night – that was something of a result. I woke to find that "er indoors TM" Treacle and Pogo had already gone downstairs. Fudge was curled up on a blanket, and was out for the count. He didn’t stir when I fussed him. I put a load of washing into the washing machine to scrub, and as I made toast so he came downstairs and asked to go into the garden where he was sick. And having been sick he then snuggled up against me on the sofa shivering and generally feeling sorry for himself.

As I fretted about my dog I peered into the Internet. A friend had posted to the local geocaching Facebook pages asking people to keep an eye out for a dog which had been stolen. There was a link given about the theft. Apparently the police are involved, and there is CCTV footage of the dog being bundled into a van. Can’t the police track this van? Or won’t they? I don’t know, but I honestly am coming to the conclusion that the entire concept of a police force was an experiment that has now failed. I am in no way suggesting that armed vigilantes roam the streets, but if a few more decent people gave a few more slaps to a few more thugs…?

With little else happening on-line I did some more CPD whilst waiting for the washing machine to finish, and with washing eventually onto the clothes horse I quickly zoomed round the garden… and then slowed down as I slipped in the ice. Taking my time I gathered up three bowlfuls of frozen dog turds. It has to be said that it is far easier (and a lot less feral) gathering turds which are frozen rather than are “as God intended”.

With turds gathered I took Fudge to the vets for a blood pressure check. We arrived and put him on the scales. He’d lost more weight. The nurse then took him in to the consulting room. Some veterinary nurses let me in with him, others don’t. This one didn’t. I was rather disappointed – I had been hoping to get a photo of him being blood pressured. When Fudge has his blood pressure monitored, the pressure cuff goes on his tail.

We came home, collected Pogo and Treacle and went for a short walk. I had intended to walk out to Hythe Road and back past Asda like I walked with Fudge yesterday, but every pavement that was in shadow was covered in sheet ice. Having nearing been dragged arse over tit twice in two minutes (Pogo!) I cut the walk short and came home.

Bearing in mind that Limakshi from the power company had assured me that my broken smart meter would be fixed by yesterday I emailed her to see if there had been any developments. Needless to say she hasn’t replied.

I got the ironing board out and set about the laundry whilst watching some episodes of “Four in a Bed” in which today’s contestants were rather nice to each other. That made for a dull show.

The vet then phoned. Fudge’s blood pressure is borderline high. Possibly due to the stress of going to the vets, possibly not. Fudge is to have a whole day in dog hospital next week during which he will hopefully calm down so as to give a normal blood pressure reading (in which case all is relatively well) or he will calm down and still have high blood pressure (in which case we shall worry about it if it happens).

"er indoors TM" made a good bit of dinner which we scoffed whilst watching episodes of “Junior Bake Off” and “Star Trek: Lower Decks”.

Today was a day’s holiday. I’ve got several days to take off work before the end of March. If I don’t use the leave, I lose the leave. But with the world in lock-down there’s not a lot to do…
Posted by Manky Badger at 10:15 pm