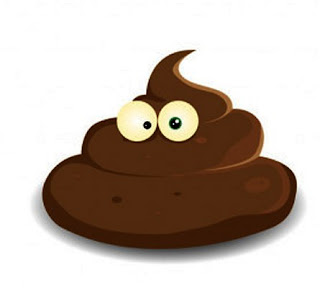 I slept well, finally getting up shortly after nine o’clock. Mind you I did feel rather rough when I got up. Fudge was keen to go out to the garden so we came downstairs and whilst Fudge and Sid went up the garden I cleared up all the turds from the kitchen, There were several today.

I made toast and got the lap-top going. I had a message (via Facebook) from Anggi Auzy  who had said “dating site naughty whore” and had given a website address which presumably would take me to a dating site and/or a naughty whore. I thought better of clicking on that link. I’d had a similar message on Friday from someone else who is still going on Facebook. I saw a friend was telling the world that he too had received a dubious message through Facebook this morning. However he’d made the error of telling the world the message in its entirety. Unfortunately the Facebook bots will pick up on his posting and will brand him to be the pornmonger.

I had a message (via the geocaching website) from a friend who had said “The secular cooling that must someday overtake our planet has already gone far indeed with our neighbour”. There was then a link supposedly to geocaching messenger which was actually to some other web site. I posted a warning to the local geocaching Facebook page, and it would seem that several people’s geo-accounts have been hacked. You have to ask why… what can anyone steal from a geocaching account that is worth having?

I then gathered turds from the garden. There weren’t as many as usual.

Bearing in mind pretty much everywhere that we might walk the dogs would be a swamp (after yesterday’s rain) we took them round the park, but made the schoolboy error of going after ten o’clock. The place was absolutely heaving. There were other dog walkers who were quite obviously out for their one walk of the week. There were small children on bikes and scooters not looking where they were going. There were small children on bikes and scooters constantly falling off because their parents demanded they went at walking pace. There were endless people blundering around seemingly oblivious to the hundreds of people around them. And through this were all sorts of people running and cycling and determined not to let anyone slow them down.

We came home; I went to bed and slept for five hours. That’s more than I usually sleep in the afternoon. And having felt grim when I woke this morning and when I went to bed at mid day, I still didn’t feel right when I got up the second time.

Perhaps I am sickening for something?


I’m off to the night shift soon… life is so dull right now… It comes to something when gathering turds is the highlight of the day,