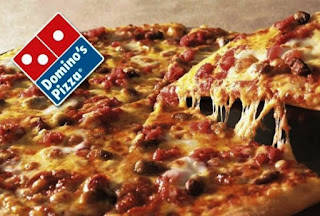 I watched last night’s “all-new” episode of South Park over brekkie. It was entertaining enough but I didn’t think it was *that* funny. Perhaps after twenty seasons it has run out of steam?
I then spent a few minutes advertising the upcoming meeting of the astro club on social media. I would also have added it to the upcoming events on “Town Talk – Ashford” and “My Tenterden” but both websites seemed to be broken. I must admit I’m not entirely sure that we achieve much with this advertising, but it doesn’t hurt to be seen to be doing something.

As I drove to work the pundits on the radio were discussing the day's news. There was an interesting discussion about the UK's decision to leave the EU. The decision to leave was made by a small majority, so leave it is. However no one really seems to be in agreement as to exactly how amicable this separation will be. On one extreme there are those who advocate sticking two fingers up at Brussels and waving our arses in their general direction. The other extreme favours desperately sucking up to Brussels in the desperate hope we will be able to maintain the relatively favourable trading position we currently have. And there are all sorts of positions being suggested between these two radical positions.
Personally I think it is a bit late in the day to start worrying about this sort of detail. Surely this should have been thought about months ago? Another failure of democracy?

Meanwhile Facebook's boss Mark Zuckerberg, Russian millionaire Yuri Milner and physicist Stephen Hawking are listening out for aliens. They have an idea there might be aliens on Proxima b. Personally I doubt it, but Proxima b has the advantage of being the closest rocky extra-solar planet to home which might have the right conditions to harbour life
I can't help but wonder how these three got together in the first place.

I got to work and I sulked. It was a lovely day outside. For all that I had a really good day's fishing on Thursday and an excellent walk yesterday, the flip side is that I had to work today. There's no denying I would rather have gone to the monthly geo-meet today.  Instead I was at work. Until such time as I can retire I'm not going to be master of my calendar.
As I worked my phone pinged intermittently with polite (and not so polite) thanks-but-no-thanks messages.
I've planned a little walk for Tuesday and I've invited the world and his wife along. If any of my loyal readers fancy a walk on Tuesday everyone is welcome. However most people will be working. I realise that but I make my movements known anyway. Because if I don't I get all sorts of people saying they would have liked to have joined in with whatever I was doing that they didn't know about.

Mind you we had a rather good surprise at mid-day. We had a visitor. Someone with whom we used to work a few years ago called in to say hello. It was good to catch up with Uju - I'd not seen her for a while.
She brought pizza with her. That went down very nicely.
Pizza went a long way toward cheering me up…