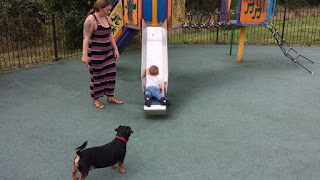 A good night’s sleep; hardly surprising having walked nearly thirty miles this weekend. I set the washing machine loose on lots of trousers, then had a look-see on-line.
The astro club has had an email asking us to talk about stars to a bunch of brownies. I’m not sure this is something we can (or should) realistically do.  As a one-off it might be fun. But word gets out in those circles that people are doing star talks and the requests from brownies, rainbows, guides, scouts, cubs, beavers, woodcraft folk, schools et cetera become endless. It involves taking time off work, time in loading equipment into the car, and unloading after the event. Many years ago I once took a sack load of snakes to a scout group. Before long I was asked to turn out once a week to all sorts of places, some as far away as Gatwick airport. It was expected that I would show up at the most inconvenient times, and great umbrage was taken whenever I said no. And to add insult to injury I was giving up lots of time and effort for a load of kids most of whom openly showed utter boredom and contempt with what I was trying to do for them.
I then finished writing up the minutes from last Thursday’s committee meeting. It took a while to do. Now they are finished I just need to proof-read them, and have someone check that what I wrote reflects what actually happened.

I also had a message about my geo-series in Bethersden. Apparently someone has had yet another run in with a landowner down there. However this is in an part of the series where we’ve not had a run in before. There are also (apparently) electric fences blocking footpaths.
It always amazes me that people present me with a list of complaints and criticisms and problems about that Bethersden series but seem oblivious to the fact that other people get round it fine. Yesterday there were supposedly endless problems. Two weeks ago a group complemented me on how good and trouble-free the route was.
Interestingly all the complaints are on the southern half of the walk. I might just see if I can’t re-work it. I’ve got some time off work coming up.

I popped the lead onto "Furry Face TM" and we walked round to see "Daddy’s Little Angel TM" and "Stormageddon - Bringer of Destruction TM". We walked out through the farm in South Willesborough to the playpark where the littlun ran riot on the swings and slide. He quite liked the roundabout too, though it is just possible I might have spun it too fast.

With walk done I came home. I should really have mowed the lawn, but I decided against that. My now the washing machine was on to its third load of the morning, so whilst it did that I watched an episode of “Game of Thrones” as I scoffed a bite of dinner. I spent the afternoon asleep, then watched “Poldark” and “South Park” over a spot of dinner.
I’m off to the night shift now. Via “Go Outdoors”. I wonder what they will say about this jacket that only lasted a couple of hours.