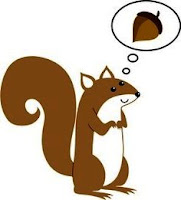 I slept like a log last night; I think I rather caught the sun a little on yesterday’s walk. Over brekkie I had a look-see on-line. I had an email from the chap whose geocache we replaced yesterday; perhaps I’m being over-sensitive but I got the distinct impression he wasn’t happy about our being helpful.
I also saw the BBC are in the throes of making an animated version of the lost Doctor Who story “The Power of the Daleks”. It looks rather good; they did something similar with a lost Cyberman story. It is only a shame that the BBC require you to register before sharing any more details.

I popped the lead onto "Furry Face TM" and we went for a little walk round the park. The cycle path from Bowens Field to Viccie Park was heaving with schoolkids, but once we got to Viccie park we hardly saw anyone. Mind you there was a dodgy five minutes with a squirrel; as we walked into the Chinese garden I heard an odd sound. For a moment I thought a duck was stuck up a tree. But it was a squirrel who was quite obviously shouting abuse at Fudge. My dog got quite stressed trying to get to the squirrel, but the tree rat was quite safe up the tree. I’ve not seen squirrels do that before: I wonder what that was all about.

I went to work via Matalan this morning; I wondered if they had any trousers that I liked. They did. In the past I've always got my trousers from them. But just lately I've gone to Go Outdoors. On reflection I don't really know why I've made this change.  I shall go back to Matalan for trousers from now on. They have decent trousers that aren't either so thin that they split after a good fart, or cost the Earth. Go Outdoors have had their chance in the trouser department and blown it.
I also had a look in Morrisons. I got some apples from them. They aren't cheap.

As I drove the radio was spewing its usual drivel. This morning was "Women's Hour". They started off by interviewing schoolchildren who were taking up apprenticeships rather than going to university. As one girl said "if you aren't doing what you love, what's the point?" She seemed a very wise young lady, unlike the next interviewee.
They then wheeled on some mad Welsh hippy who was saying what a wonderful language Welsh was, even though she admitted that no one in her circles actually spoke it. She was saying how poetic it was, and then burst into song. In English. I wish she hadn't; she sounded awful.

I got to work, my heart wasn't in it as I did my bit. I found myself constantly hearing the words of the young girl on the radio this morning.  A very wise young lady.

And with my bit done I came home. The nights are drawing in; it is now dark when the late shift finishes…
Posted by Manky Badger at 10:04 pm