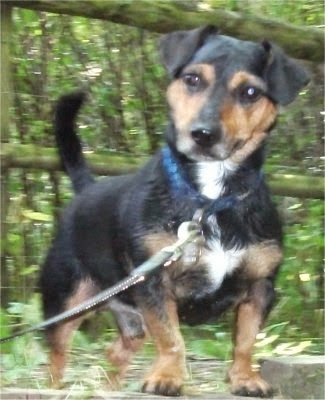 Being back in my own bed gave me a relatively good night's sleep. I had a lonely brekkie and set off to work a little earlier than I might have done. As I drove the talk on the radio was all about next week's referendum on Scottish independence. The pundits today were drawing parallels with similar referenda in Quebec where certain elements of the Quebecois have been contemplating leaving the rest of Canada for some time.
When I was in Canada with the scouts fourteen years ago I got talking with the locals about the referendum of five years previously in which the Quebecois had voted to remain with Canada, but by a narrow margin.
What I remember most about the matter was the attitude the average Canadians had formed about the Quebecois following these moves for separation. The average Canadian felt offended by those wanting to go their own way. The separatists were hated and despised and there was even talk of the rest of Canada having a referendum to get shot of Quebec.
And this was coming from the kind of kind-hearted public-spirited people who run scout groups. I wonder if the Scots will be as popular with the rest of the UK after their little referendum?

I needed some shopping from Morrisons. And how my piss boiled when I got there. I arrived at that supermarket about five minutes before they opened and found that there was a gaggle of shoppers waiting to get in. One chap in particular was rather vociferous about being kept waiting. When the staff finally opened the door, this prat made a point of standing in the doorway and making a speech. He only shut up when another shopper physically shoved him out of the way. This noisy prat then ran to the baskets and made a point of blocking the next set of doors. The chap who'd shoved him earlier asked him if he was looking for trouble.
I could have stayed and watched; instead I got my apples and bananas and left them squaring up for a fight. I was on a mission.

Yesterday on our drive home from Dorset I had an email to say that a new geocache had gone live not five minutes walk from work. We were the other side of Southampton when I got the email; this morning that cache was still waiting a First to Find. So I thought I'd see if I could get the FTF; I chased it, and at quarter past seven I got it. Happy dance.

I did my bit at work, and at lunch time had a blow down my saxophone. I've been neglecting that whilst we were on holiday. Whilst tootling at the far end of the car park some normal people drove up to me, glared at me, and drove off again. I wonder what that was about?
After work I went round to see "My Boy TM" and collected my dog, who had been having a little holiday of his own.

We've had a letter from the neighbours. On one side people have come and gone; on the other side is a family who have been there for nearly twenty years. The last few years have been somewhat fraught. After a load of problems about ten years ago (culminating in letters to and from solicitors) we've not really been on speaking terms.
Today we've had a letter saying that he would like to put t he past behind us and reach "some sort of understanding".
What can I say... Whilst I don't like the unpleasantness, I can't see that we would ever be best buddies. And we've had this sort of overture before which has never amounted to anything.
I wonder what will happen this time...