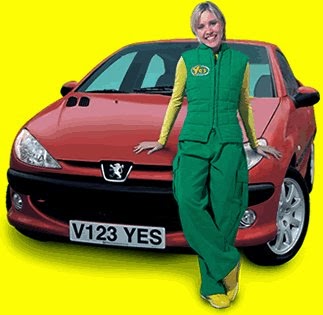 This morning's brekkie was odd. Rather than the usual coffee and toast I had a "healthy and nutritious shake". A chap a work is selling herbalife stuff and I didn't have the heart to tell him I wasn't interested so I bought a three-day starrter pack. Thhe idea is I have a shake at brekkie time and another at mid day and I won't be hungry right through till the evening. Or that was what was promised...

With shake guzzled I then watched the next episode of "Revolution". The fit one croaked in today's show. Bearing in mind the amount of mindless violence that features in that program, if the show is to have any plausibility it was time that someone (who wasn't an extra) croaked.
There wasn't much on telly after "Revolution" finished. Bearing in mind I'm now on a healthy eating kick it seemed somewhat strange to find myself watching an infomercial for "nutribullet"; which seems to be a vastly overpriced food blender. "Nutribullet" was being flogged for just under a hundred quid; I found simular things on eBay for a quarter of the price.
The presenter of this informercial seemed incredibly enthusiastic about the product. I suppose she is paid to be. She looked familiar; five minutes on Google told me that she used to be the "Yes Car Credit Bimbo".

I then spent much of the rest of the day giggling. I wonder if many of my loyal readers remember "Yes Car Credit"? They were a company which offered loans to the lower orders; their target audience being the kind of person who would never usually get a loan. Their adverts featured various scratters asking if they could have extended credit, to which the "Yes Car Credit Bimbo" would answer "Yes you can". That was her only line, and she would repeat it like a stuck record.
As a catch-phrase it wasn't one that the company had thought through. At the time I found it rather amusing during the adverts to ask the telly various foul, perverted pornographic suggestions to which the "Yes Car Credit Bimbo" would invariably answer "Yes you can".
At the time I thought it hilarious. And (to be honest) I still do.

After a hungry morning I had my coookies and cream shake for lunch, had a sax practice, and then bought a flapjack as I was so hungry.
I came home and took "Furry Face TM" for a walk. We went out through Newtown and investigated the new footpath which opened last week. A geocache had been hidden down there over the weekend. Apparently. I couldn't find it.

I scoffed fish cake and chips (for tea) like a thing possessed, and with "er indoors TM" off bowling I solved three geo-puzzles then settled down in front of the telly. It doesn't watch itself.
And in closing have a look at this link. I'm going to be a published author. I'm feeling rather pleased about that.