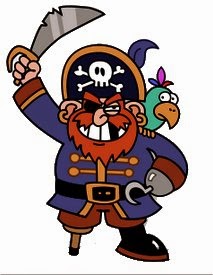 After a good night's sleep I woke to remember some silly little tweak I wanted to put into my latest Wheri-project, and so I was on-line shortly before 6am. Over brekkie I watched episode 2 of "Revolution". I quite like it so far; but (like all telly these days) does it *really* need the brutality and violence? A good plot works well without that.
I then had a quick check of email and social media. Not that much of note had happened in my world overnight.

To work; the radio had news from the wider world. The Scots have rejected the calls for Scottish independence. I am pleased that this is all over. Democracy has spoken; the nationalists have lost. And one really has to respect the Scottish First Minister who has had the good grace to resign following his defeat.
There was absolutely nothing else on the news at all....

I did my bit at work; I practiced my sax. A colleague who heard me identified (not guessed) the tune I was murdering.
I came home again and walked "Furry Face TM" round the block.

And in closing... did you know that today is national "Talk like a Pirate Day". It was once quite a big event; it's mostly died a death these days. Which is something of a shame. It might have livened up an otherwise dull day.