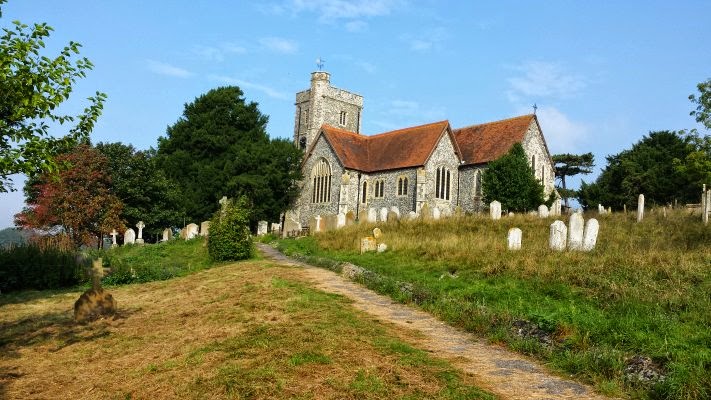 Over brekkie I saw that a cousin was selling his old toilet on eBay. I can't help but wonder what sort of person would buy a second-hand toilet from eBay, but I suppose if it sells it will have made him a few more pennies.

I took "Furry Face TM" round to the park for our morning constitutional. on the way he fought with a bulldog, did surprisingly well in a race with a greyhound, and found (and subsequently lost) a lilac golf ball. He also seemed to have developed dire rear overnight. Either that bone I got him yesterday has disagreed with him, or I wasn't quick enough in getting the dead mouse from him last night.
As we walked I checked on the location in which I plan to hide a geocache. It was still fenced off. It looks like those fences will be there for some time. All that work programming a Wherigo... I shall have to have a re-think.

Being on a late start I had time on my hands so I went and did a little geocaching before work. It passes the time... or so I thought.
I found both my targets. One was in a clump of stinging nettles; one was in a tree thick with hawthorn brambles. I spent much of the rest of the day worrying at itches and scratches.

From there I did a spot of shopping. I went to the Canterbury branch of Pets at Home where I got a seriously chunky ball that "Furry Face TM" shouldn't be able to eat in a hurry. I was going to get another ball chucker from them (as a back-up) with which to propel his new ball. But the pet shop charge three quid for those things; the cheapo-bargain shop sells them for seventy five pence.
I then went on to the cheapo-bargains shop. There was little of note in the shop; but the tills were interesting. They had a "trainee fit bird" (patent pending) learning how to work the till. "Fittie" was operating the till; four young spotty chavs were supervising her. They weren't *quite* drooling, but it was rather pathetic to watch.

And so to work where I had quite a busy day. My lunch time sax practice went relatively well. I have solved the problem of my sheet music blowing in the wind; I've deployed a paper clip. My "tiddly-om-pom-pom"s are still somewhat lacklustre, but they are improving. Mind you I am rather pleased with my rendition of "The Teddy Bear's Picnic" which has speeded up somewhat.

I phoned to chase up about my forthcoming operation. Apparently there is a delay because of my "cardiac history". I didn't know I had one.....