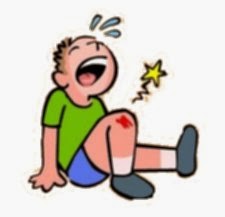 I woke in some pain this morning. LIfting heavy rubbish to the tip, mowing the lawn and tree climbing over the weekend would seem to haave taken their toll. The insides of my thighs are bruised, and my left knee is *really* painful.
I watched "Revolution" over brekkie. I suspect the show has now got to the stage that they have run out of plot and are filling air time with gratuitous violence, but I shale persevere with it.

I then checked out social media, and unsubscribed from yet another on-line geocaching forum. Geocaching is an odd hobby in many ways. Not least of which in that it uses state of the art GPS technology to hunt the sandwich boxes, but then expects everyone to waste hours messing about using antiquated technology to record what they've done afterwards. Those of us who use current technology to record what we are doing as we actually do it are in a tiny minority, and are openly looked down upon.
I packed up with the Geocaching UK forum. I'd found myself embroiled in a thread about why people like me who don't want to waste their time (and make the effort so that they don't have to) should actually make a point of wasting hours messing on a web site because there is some obscure merit in doing things the hard way.
Life is too short to piddle abbout.

Off to work. Yesterday I mentioned I'd downloaded a high quality voice for the sat-nav. I tested it this morning. It sounds absolutely identical to the old one. Mind you I've not been anywhere near Gravy-Send or Row-Chester yet.
As I drove I listened to the radio. The pundits were discussing the ex-Conservative MP Mark Reckless who has now joined UKIP.
At least he is now doing the decent thing and is seeking re-election as a UKIP candidate rather than retaining his seat in the House of Commons. He hopes that he will be re-elected. Somehow I doubt it. Nowadays who votes for a person? I have no idea who my M.P. is; all I know is that he is the Conservative one. I suspect Mr Reckless will find the same. No one voted for him,; everyone voted for the colour of the rosette he was wearing.

I stopped off at Morrisons this morning for some shopping. In a novel break with tradition, absolutely nothing of note happened there. I got my stuff, paid for it, and got off to work utterly uneventfully.
Work was far from uneventful; it was a rather busy day. Sax practice was tricky; I prefer learning new songs to which I know the words. Today's new tune is completely new to me.

Home again, and with "Furry Face TM" walked round the park and tea scoffed I set myself in front of the telly for a telly-a-thon. "Big Bang Theory", "Revolution", "Family Guy"... I love my SkyPlus box...
Mind you I couldn't really domuch else this evening. My knee's not got any better as the day's gone on...